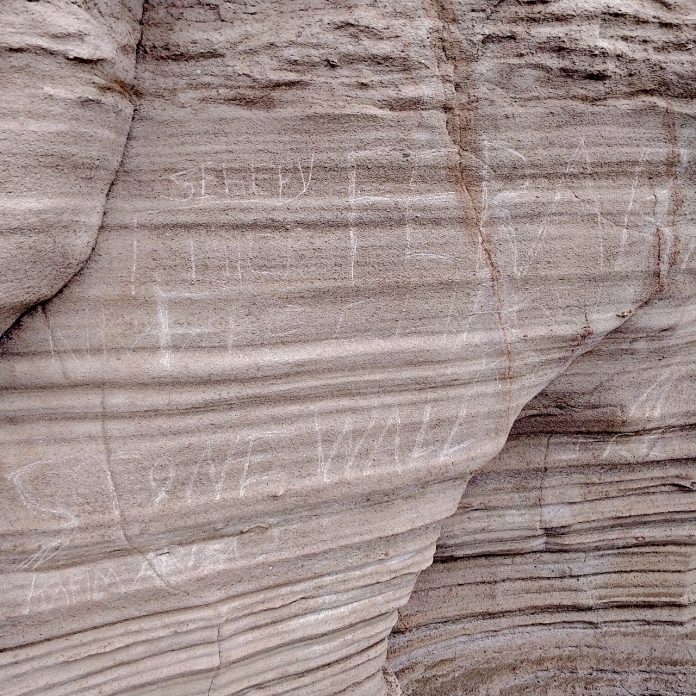 The National Parks Authority wishes to express its utter shock and dismay at the deliberate and unconscionable actions of some hikers who have travelled the Carpenter Rock trail that leads to the Pillars of Hercules and the pool formation known as Mermaid Gardens.

Names and messages have been carved into the popular rock formations at the Pillars of Hercules. 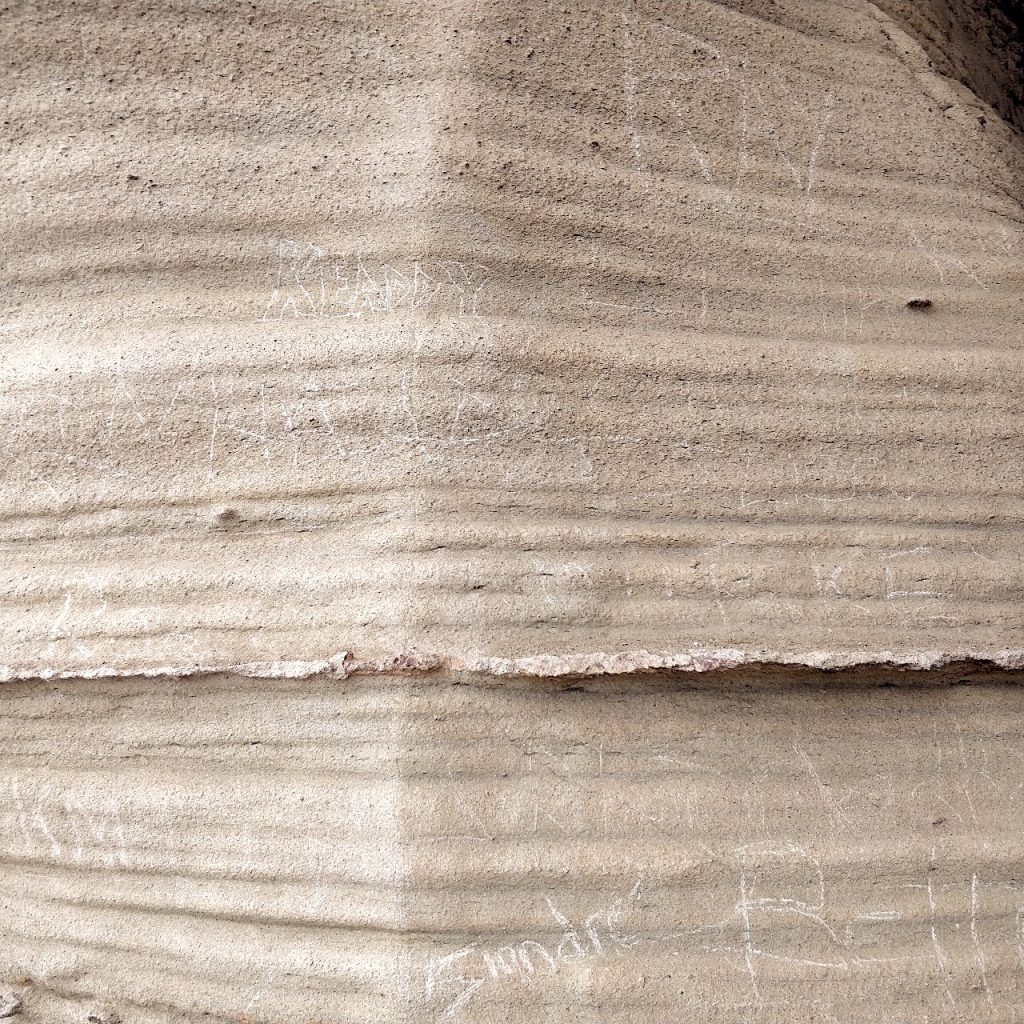 The National Parks has observed an obvious increase in traffic on the trails ever since the authorities curtailed activities that usually attract large numbers as a necessary measure to prevent the spread of Covid-19.

As the restrictions relaxed, many have been making use of Park trails as an option to escape the confines of their homes to enjoythe outdoors and get some exercise after the prolonged period of a lockdown.

“But never would we have thought that it would have come to this,” declared Parks Commissioner Ann Marie Martin after receiving reports that the Pillars of Hercules have been defaced with graffiti.

“This is not only a major national landmark, but also one of the most prominent features of our beautiful coastline that visitors sailing to Antigua will see. First it was the litter on the trails now this,” declared Mrs. Martin in disappointment.

The National Park is a protected area in Antigua and Barbuda and its natural assets are safeguarded by legislation.

The defacing, destroying or removal of the natural (including taking plants) or cultural (including heritage) assets of the Park is a punishable act under the law. Anyone found in violation can be fined up to $5000 or serve six months in jail.

The National Park Authority has since reported the matter to the Police and is now considering other measures to put a halt to the unfortunate and regrettable practice of some persons.