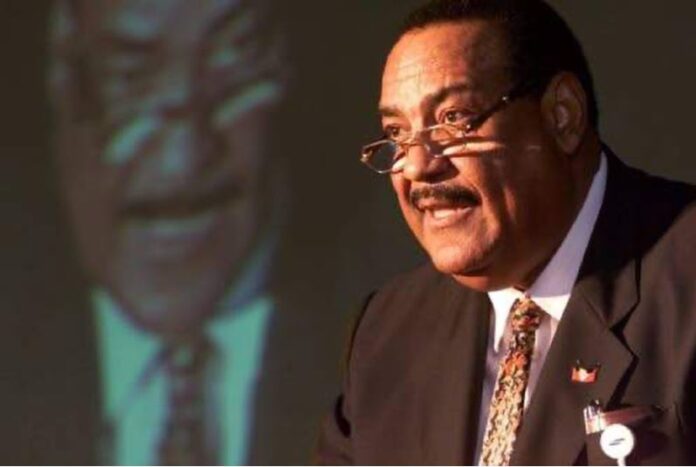 He passed away this morning at the age of 83.

Prime Minister Gaston Browne described Bird as a “great son of the soil” who was a distinguished leader.

A statement from the Office of the Prime Minister said that all flags in the country will now be flown at half-mast.

Bird will be accorded a State funeral.

2. Was first a Senator

4. Was chairman of the ruling Antigua and Barbuda Labour Party from 1971 to 1983

5. Won a bronze medal for the West Indies in long jump at the 1957 Pan American Games

Antigua and Barbuda’s Ambassador to the United States, Sir Ronald Sanders, said, beyond any doubt, Bird was the architect of modern Antigua, responsible for successfully transitioning the country from an economy dependent on a defunct sugar industry into one of the leading tourism centres in the world.

“Under his stewardship, Antigua and Barbuda became a high-income country, transforming the quality of jobs and housing and introducing high-end tourist resorts. When he lost the general elections in 2004, Antigua and Barbuda had the lowest rate of unemployment in the Caribbean of five per cent. Many people had the luxury of two jobs.”

In his later years, Bird played golf but his passion was cricket.

“At a different time, he might have been selected to represent the West Indies,” said Sanders.

He also said the former prime minister was a committed regionalist, who was highly instrumental in establishing the Organisation of Eastern Caribbean States serving twice as its Chairman – the first time he was not yet Prime Minister, but such was the confidence that leaders of the Eastern Caribbean reposed in him.

He strongly influenced the decision to turn the Eastern Caribbean Currency Authority into a Central Bank that serves its member states.

Sanders said that in the wider Caribbean, Bird was a giant.

It was under his leadership as chair of CARICOM that with Jamaica’s P J Patterson and Barbados’ Owen Arthur that the Regional Negotiating Machinery was established for collective bargaining with the European Union.

ANNOUNCEMENT OF DEATH FROM OPM

Please be advised that Antigua and Barbuda has lost one of its most distinguished and heroic sons.

The sad event took place this morning at about 6:00 am.

The acting Prime Minister, in consultation with the Prime Minister who returns to the state today, has ordered that all  flags be flown at half mast, beginning immediately.

It has also been ordered that planning commence for a State Funeral at an agreed-upon date.

May his soul join the ancestors in glory.