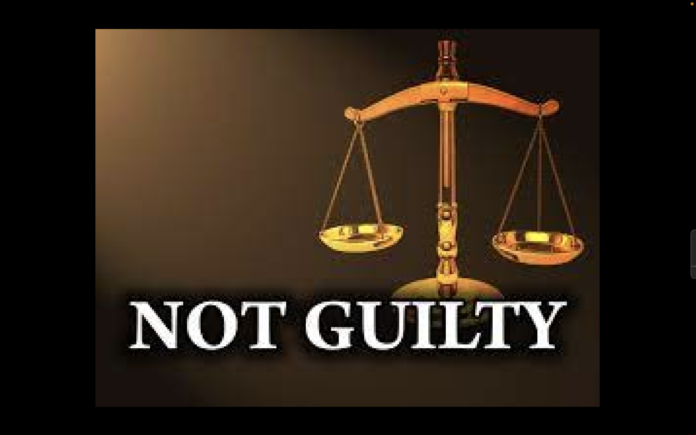 A jury in the High Court of Justice has returned a not guilty verdict in the murder trial of Nathaniel Simons. CLICK HERE TO JOIN OUR WHATSAPP GROUP FOR NEWS UPDATES.

The jury began deliberating late this morning and returned with their decision shortly after 3pm.

Simons was charged with the murder of Phillip Lugg on 7th June, 2020 in Potters Village.

After two years of waiting in agony with a murder charge over his head, barber Nathaniel Simons is finally free.

It was said that Simons stabbed his roommate, Phillip Lugg, on June 7 2020 during a fight in their Potters home.

Twenty-eight-year-old Lugg’s lifeless body was reportedly found on the roadside outside the house with blood oozing from his mouth and nose.

And despite heart compressions performed by a technician from the Emergency Medical Services, Lugg reportedly died before an ambulance arrived half an hour later.

Throughout the trial which began in early July, no one seemed to have seen Simons stab Lugg and it also appeared that Lugg was the aggressor.

Attorneys Wendel Robinson and Saska Diamond used that as one of the bases for their defence.

They argued that since the two men struggled on the floor for quite a while with a sharp object, and no one saw a stabbing taking place, it was an accident.

They also argued self-defence since evidence showed that Lugg threw tea cups at Simons, one of which struck him in the head.

The jury, after just a couple of hours, returned a not guilty verdict, finally allowing Simons to return to a life of freedom.