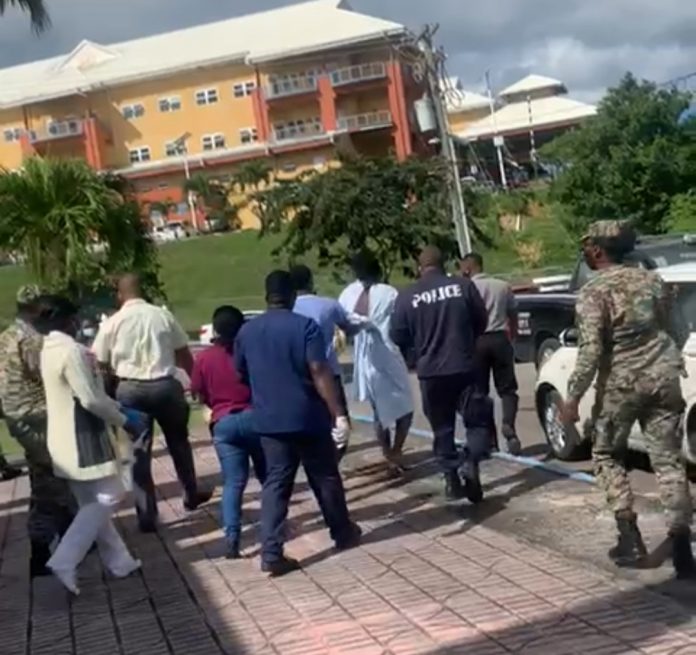 Antigua News Room- A man dressed in his birthday suit made quite a stir during a recent church service at the Holy Family Cathedral on Michael’s Mount.

Worshippers were left in disbelief after the naked man, who had bandages on his left leg and a cast on his right arm entered the sanctuary and began running through the aisles.

Footage circulated on social media showed several members of the church attempting to restrain the man, who eventually made his way up to the podium and stood behind a lectern.

All of this unfolded while the congregation was engaged in musical praise.

While some people were seen running to get out of the man’s path, the musicians didn’t seem to miss a beat and some members of the congregation kept singing as if nothing out of the ordinary had been happening.

The man was later placed under control in the presence of police officers, soldiers and individuals who appeared to be medical workers.

They dressed him in a hospital gown and escorted him from the church premises.