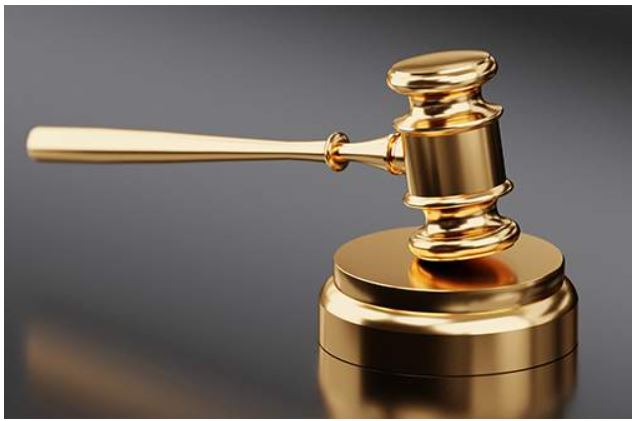 The pair, Swanston Lewis of Tindale Road and Jermaine Thomas, are charged in separate incidents for break-in and larceny.  They appeared in court last Friday, January 20, and pleaded guilty to their respective charges.

Lewis, 20, admitted to breaking into two vehicles and two private homes in Belmont.

The police believe he was assisted in his caper by other unknown individuals in the theft of a red knapsack valued at $200; a pair of football shoes valued at $300; a pair of green shorts, and one pair of white socks – the property of Niquan Samuel of Belmont.

This offence reportedly occurred on January 15.

In his defense, Lewis told the court he had made a mistake. He also complained about having back problems and being bipolar –

with both claims being denied by his mother, who was present in court.

Lewis said he is a construction worker, but has been unable to work since he broke his back – another claim his mother said she knew nothing about.

On the other hand, Thomas, 19, pleaded guilty to break-in and entering, larceny and malicious damage.

He was alleged to have broken into the Now and Later Supermarket on Federation Road and stolen a quantity of items, on December 24 last year.

Lewis and Thomas were both remanded to His Majesty’s Prison until today, when the Chief Magistrate will decide what sentence to impose on them.

Meanwhile, Jefferson Francis of Potters Village Extension also appeared before Walsh on a charge of larceny.

He pleaded guilty and was ordered to pay compensation of $216 to the victim forthwith or, in default, he will serve one month in prison. The Court also made an order for the stolen items to be returned to their owner.

And, finally, a Barbudan man is in search of his missing fishing boat.

The matter has been reported to the Criminal Investigations Department (CID), and investigations into the disappearance of the brown-and-blue 25-foot fishing vessel are underway.

Reports are that the boat was taken from the Point Wharf sometime between 7 p.m. on January 18 and 4 a.m. the following day.

The man reportedly had secured his boat at the wharf; and, upon his return, to go back to Barbuda, he discovered that it was missing.

He is reported to have searched several docks and wharfs around the country for the boat – but without success – which prompted him to report the incident to the Antigua and Barbuda Coast Guard.