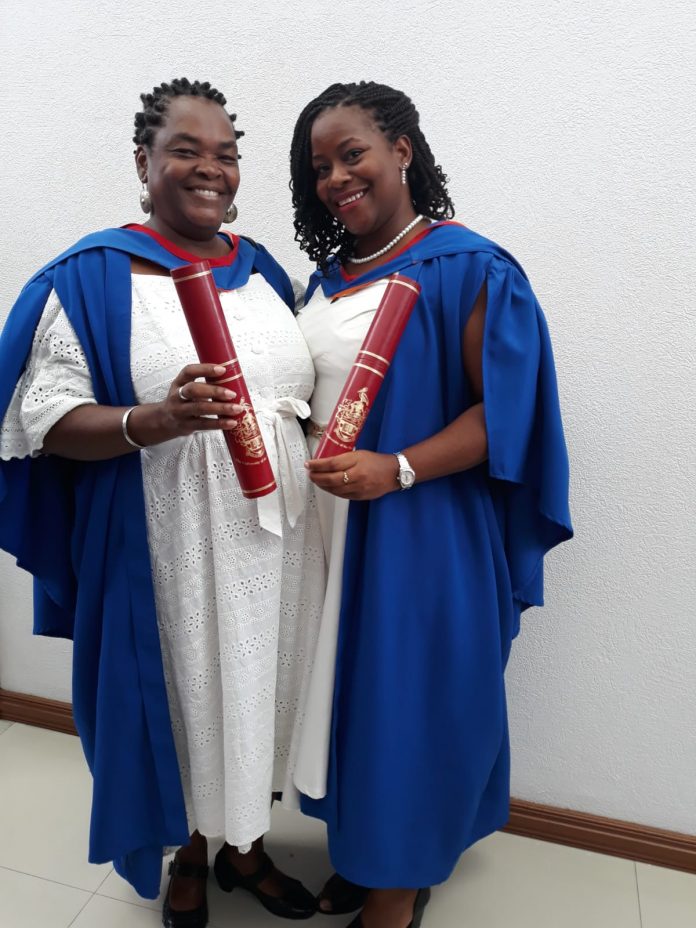 For the first time in The UWI Open Campus history, a mother and daughter graduated on the same day, both with bachelor’s degrees.

Normally parents accompany their children to a graduation ceremony to see them cross the stage, however on Saturday October 12, 2019, the mother-daughter duo from Dominica graduated together. 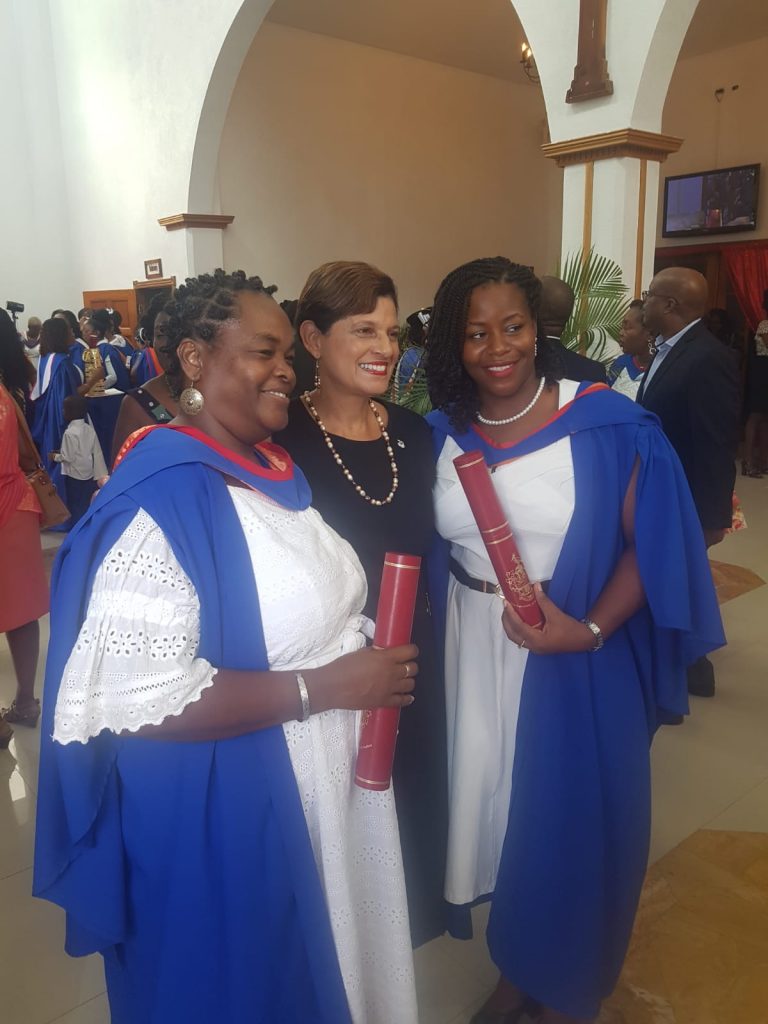 Delia works with the Ministry of Agriculture in Dominica, but embarked on this course of study because of other interest. She explained that very often she is sought after to help people address challenges in their lives and felt the course would better equip her to do something she already does.

“I already do the work, advocacy regarding women in development, care of the elderly, child abuse, I just needed to be certified,” Delia, also a cultural custodian, writer and poet explained. As a result, she decided to pursue the degree in Social Work with the Open Campus. 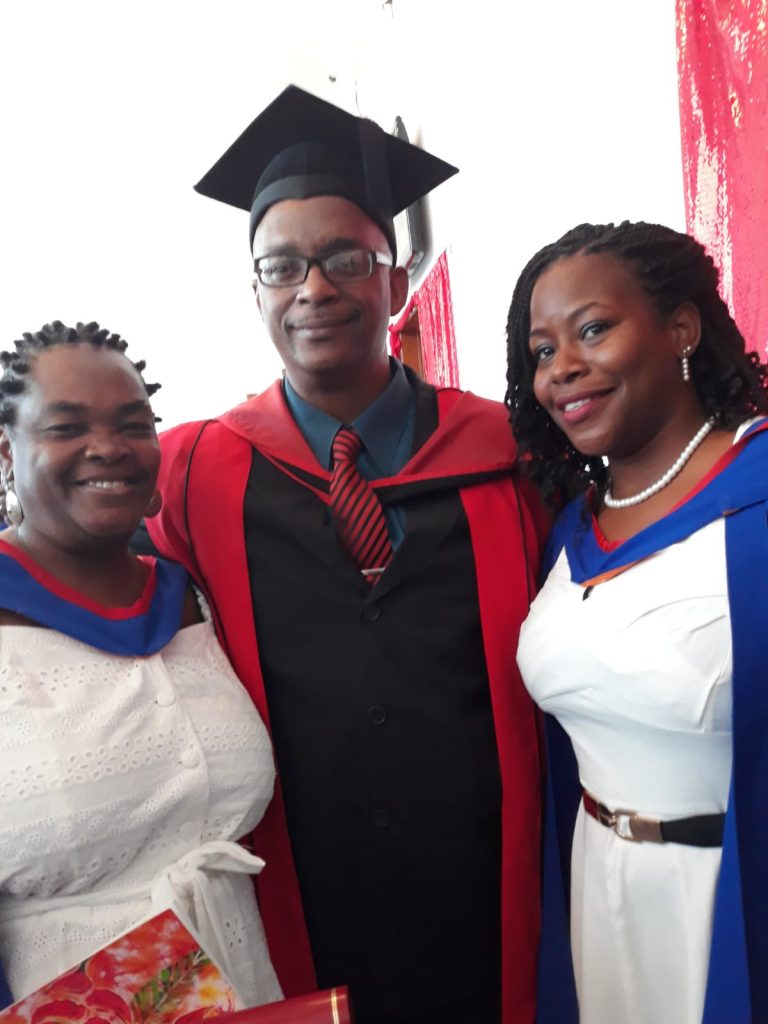 Pro Vice-Chancellor and Principal of The UWI Open Campus, Dr Luz Longsworth congratulated the duo and expressed, “these are the heart-warming stories that highlight the positive about the work that the Open Campus is doing in the region. We are proud to be empowering people who otherwise would not be able to realize their dream of a quality tertiary education.