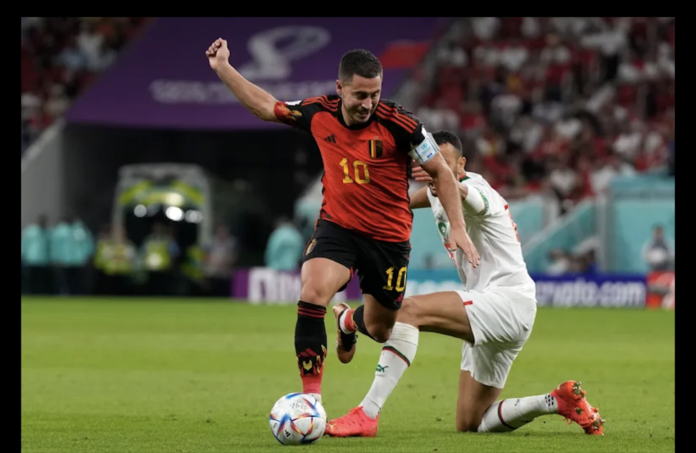 Morocco pulled off another shock at the World Cup on Sunday, beating Belgium 2-0 to leave Kevin de Bruyne and the 2018 semifinalists in peril of a group-stage exit.

Substitute Abdelhamid Sabiri got one past Belgium goalkeeper Thibaut Courtois by whipping in a free kick from a tight angle at the near post in the 73rd minute for Morocco’s first goal. Zakaria Aboukhlal then guided a shot into the roof of the net off a pass from Hakim Ziyech in stoppage time.

Belgium, ranked No. 2 in the world behind Brazil, had won its last seven group games at the World Cup. It was Morocco’s first win at a World Cup since 1998 and only its third ever.

Belgium would have become the second team after defending champion France to qualify for the knockout stage if it had beaten the Moroccans.

Belgium will next play 2018 finalist Croatia in its final group match, while Morocco will face Canada.