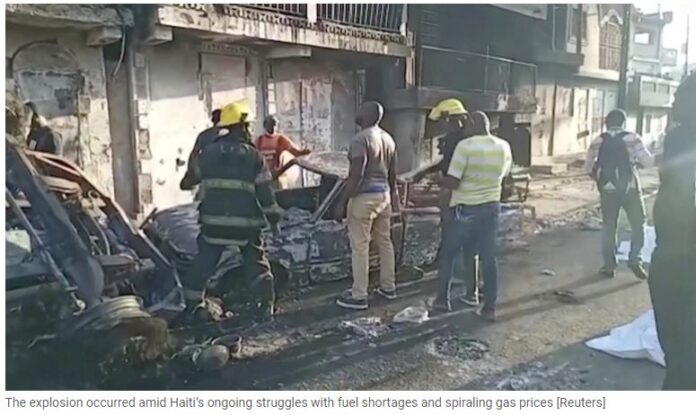 At least 50 people have been killed after a truck carrying fuel exploded in the Haitian city of Cap-Haitien.

The city’s Deputy Mayor Patrick Almonor said he saw “between 50 and 54 people burned alive” on Tuesday and “it is impossible to identify them.”

Almonor added that “about 20” houses in the area were also set ablaze by the explosion.

“We can’t yet give details on the number of victims inside the houses,” he said.

According to Almonor, it appeared the truck driver lost control as it swerved to avoid a motorcycle taxi and the tanker flipped over.

Almonor said fuel spilled on the road and pedestrians rushed to collect the fuel.

As rescue workers cleaned up in the aftermath of the explosion, bodies covered in white sheets lay on the ground before they were loaded on to trucks to be taken away.

“Three days of national mourning will be decreed throughout the land, in memory of the victims of this tragedy which has devastated the whole Haitian nation,” Henry said on Twitter.

The nearby Justinien University Hospital was overwhelmed with patients as those injured were transported to the facility.

“We don’t have the ability to treat the number of seriously burned people,” a nurse told the AFP news agency. “I’m afraid we won’t be able to save them all.”

“We need human resources, and also material resources, namely, serum, gauze, and anything that can be used in case of serious burns,” Mayor Pierre Yvrose told Reuters news agency.

The total number of injured was still not known.

The United Nations office in Haiti said it was ready to help the national authorities in its response, and offered its condolences to the families of the victims. 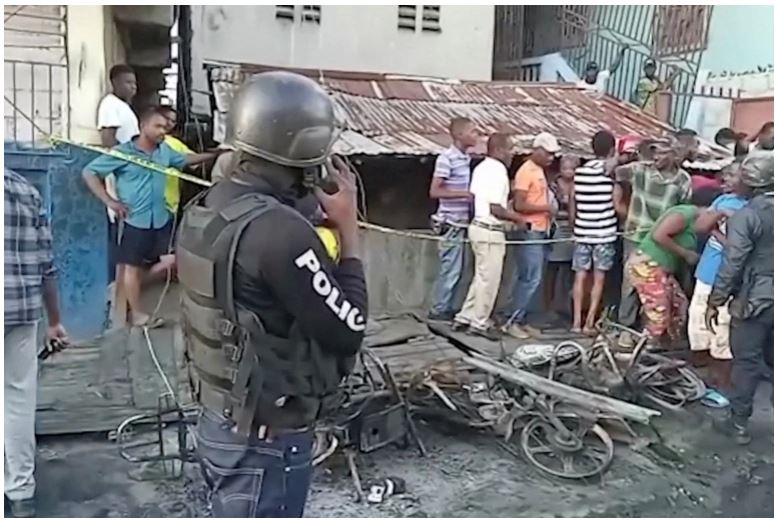 The explosion occurred as Haiti struggles with a severe shortage of fuel and spiraling gas prices.

The Caribbean nation has never produced enough electricity to meet the needs of the whole population.

Even in well-off parts of the capital, the state-run Haiti electric utility only provides, at most, a few hours of power a day.

Those who can afford it rely on pricey generators, which are no help in the face of the severe fuel shortage caused by gangs blocking access to the country’s oil terminals in the capital and its outskirts.