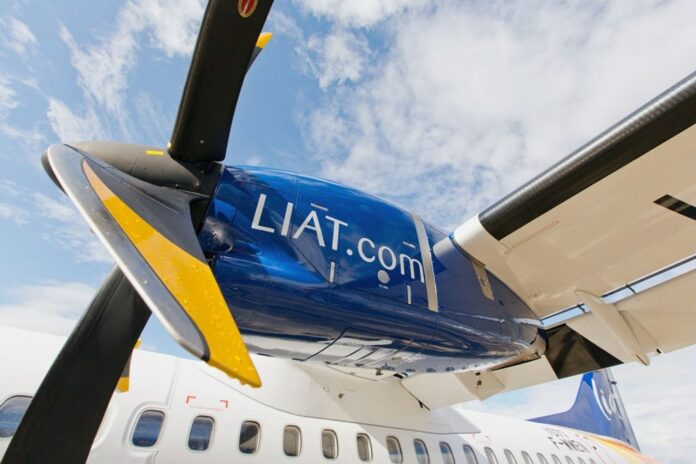 BARBADOS TODAY: Ten terminated LIAT pilots have strengthened numbers in their class-action suit against the Antigua and Barbuda government in the face of a reported threat by the prime minister to close the St John’s-based company.

Six more former pilots Thursday came forward to add their names to the constitutional motion filed last week in the High Court in St Johns by Barbadian flyer Captain Neil Cave. They insisted that they won’t be bullied into backing down despite Prime Minister Gaston Browne’s pledge to end all support for LIAT if “pilots and those who represent them” continue to frustrate his efforts to rescue the collapsed carrier.

Brown told Antigua’s Daily Observer that he could be forced to hasten the airline’s liquidation while distancing his government from any liability that might arise.

“If this pilot and those he represents continue to frustrate our Herculean efforts to salvage LIAT 1974 Ltd… it’s unfortunate; that despite our best efforts to salvage LIAT and our undertaking to honour up to 50 per cent of the severance liability on a compassionate basis; that this type of disruptive behaviour is being pursued to undermine our efforts,” Browne told the Antigua media outlet which also quoted Barbados TODAY’s story on the suit published yesterday.

But Captain Cave told Barbados TODAY that the dismissed pilots have a sound claim against the Browne administration and will be pressing forward with their case.

Captain Cave said: “Browne is simply looking for a scapegoat because of the situation in which he finds himself. He is trying to use this litigation for which we have a valid claim, as a scapegoat in talking about closing LIAT.

“I have had six calls from pilots this morning requesting to have their names joined to that class action suit because they believe in the merits of the suit.”

In a letter on the eve of Browne’s threat Tuesday, Chairman of the Cabinet’s Sub-Committee on LIAT Lennox Weston told the airline’s Administrator Cleveland Seaforth that the St John’s government was leading an initiative among fellow regional shareholders to seek and support coordination for workers for up to half of their calculated terminal benefits by way of a compassionate fund.

The letter read: “Options for payment could include cash, land and deferred bond payments. In order to further this initiative, we request that you arrange to canvass the former workers and representative unions to determine whether firstly: they would agree to accept 50 per cent of workers’ computed benefits as a final payout via the compassionate fund and secondly: if they wish to pursue other alternatives to advance their claim for compensation.”

Weston said it was essential the airline was reorganized.

“And unless this restructuring takes place and LIAT is returned to a “going concern” status, the only realistic source of compensation for former employees would be the residual amounts left, once the legal procedure of winding up the company takes place,” the Cabinet Sub-Committee head cautioned.

He reminded the Administrator that no shareholder government had any legal obligation to the company, beyond its limited liability obligation.

“In this regard, a cursory look at LIAT’s most recent statements would lead any observer to the unmistakable conclusion that there would be very little benefit, if any, to be derived by former employees,” Weston warned.

The claimants, who have named the Attorney General as the only defendant, also want the court to order that they be awarded costs and/or other relief the court may deem just.

The ex-pilots are also requesting that the court declares that Section 564 (1) of the Companies (Amendment) Act No 17 of 2020, is in contravention of Section 15 (8) of the Constitution of Antigua and Barbuda by limiting the claimants’ constitutional right to access the court for a determination of their civil claim against LIAT 1974 Limited which was filed in 2015 and was pending at the time Parliament passed the law.