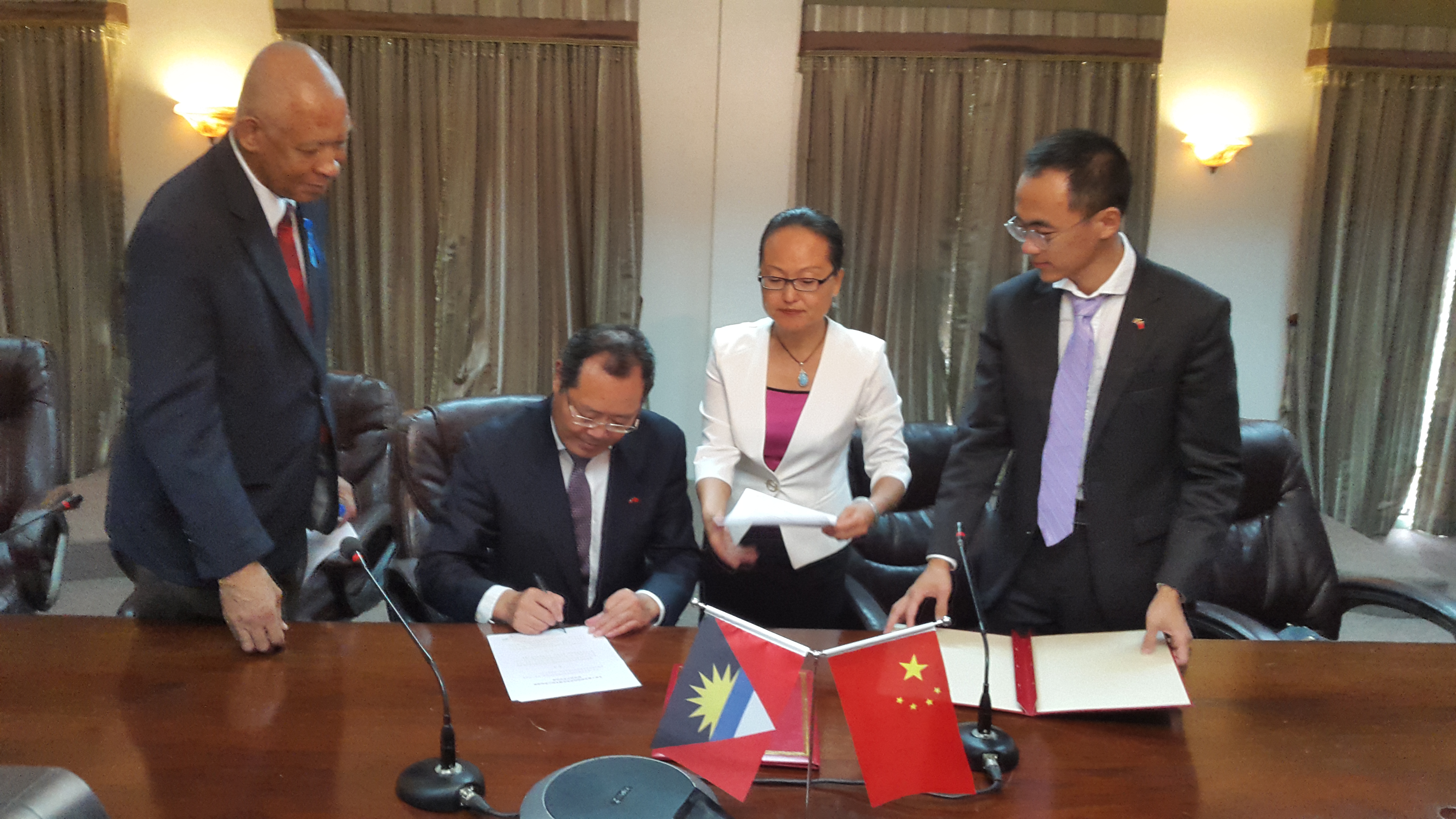 Prime Minister Gaston Browne has said that majority of an E.C $41 million grant from the Peoples Republic of China, will go towards expanding the University College of Antigua and Barbuda (CUWI).

“Our intention is to allocate approximately $27 million E.C of the proceeds to expand the campus,” the prime minister said, during the signing ceremony of the Economic Cooperation Agreement on Thursday morning.

The remaining $14 million will be used to help fund the construction of two community centres – one in Villa and the other in Wilikies.

According to Browne, construction of these two centres is expected to begin no later than the second quarter of 2018.

The prime minister said the grant, which translates to roughly $100 million Renminbi, demonstrates the willingness of the Chinese government to assist in the continued development of Antigua and Barbuda.

Likewise, Prime Minister Browne said he hopes to put Antigua and Barbuda in a position, where one day it can give back to China by buying more of its goods and utilising its services.