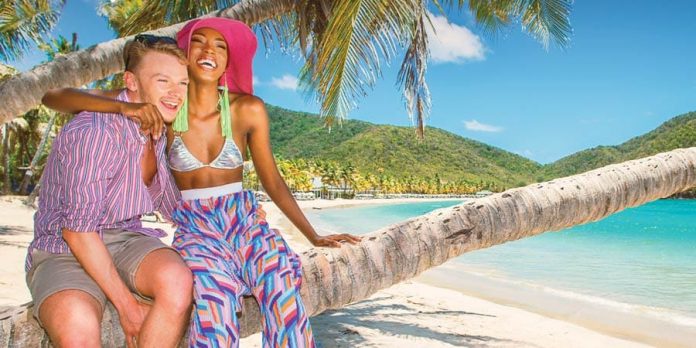 The Antigua and Barbuda Tourism Authority says its summer campaign #WhatCoolLooksLike is delivering on target, as just three months into the campaign.

The Ministry of Tourism is reporting month on month growth for the summer.

Minister of Tourism, Charles Fernandez has expressed satisfaction with the increases. He said: “With the launch of the campaign in May, the tremendous support from our partners, hotel openings, and new destination events on our tourism calendar like the Optimist World Championships, we are seeing double-digit increases, at a time when this is not the norm.”

The latest tourism statistics released from The Ministry of Tourism show a 10% increase in total stayover air arrivals for the month of May 2019.  June and July provisional figures are also reflecting double digit increases when compared to figures during the same months in 2018.

According to the provisional figures, for the year up to July, Antigua and Barbuda received a 10% increase in overall stayover air arrivals with 187,701 visitors.

“This healthy10% uptake in the summer is significant. It means that on top of the phenomenal growth we received from January to July 2018 of 171,147 visitors in comparison to the 159,764 in 2017, that the Antigua and Barbuda Tourism Authority’s marketing strategy as well as other key factors, have really allowed us to steadily build arrivals, year on year”, said the Tourism Minister.

The Antigua and Barbuda Tourism Authority’s CEO Colin C. James said, “We are changing the narrative. Antigua and Barbuda is open year round. Our partners are communicating to us, that the campaign has made a huge difference and we are seeing it not only in increased arrivals, but in the increased ABST revenue coming into the country during the summer months.”

Antigua and Barbuda adverts appeared in places like cinemas, airport lounges, on in-flight screens, outdoors, in malls, on undergrounds and at consumer shows.  Campaign offers were pushed out to consumers via co-op marketing with the travel trade.  Consumers also benefited from discounts on flights booked with airline partners during the campaign period, and on-island summer offers.

The US market, The UK & Europe market and the Caribbean Market continue to thrive with the markets showing positive growth for the year up to July 2019.  The destination is also acquiring new market share, as arrivals from other countries and emerging markets have increased. Though arrivals from Canada experienced a slight decline due to a significant reduction in airlift, The ABTA CEO said, “We are combatting that with a number of activities planned in the market with airline partners.”

“As we continue the campaign, the teams are working flat out on their various plans, and at this current run rate we are looking forward to a record year again in air arrivals barring no natural disasters,” said the tourism official.

The Antigua and Barbuda Tourism Authority’s #WhatCoolLooksLike Campaign, was recently awarded a Silver Winner, in the 2019 Travel Weekly Magellan Awards. Being selected a Magellan Award Winner is a tremendous achievement and proves winners represent a high standard of excellence within the travel industry.