The Ministry of Health, Wellness and the Environment reported five additional laboratory confirmed COVID-19 cases in Antigua and Barbuda in the dashboard issued on July 29th.

Of the five positive cases, four of them are imported while one is non-imported.

One of the cases is that of an Antiguan national who had been in Barbados for six months and returned to Antigua. This individual was placed in quarantine upon arrival and has since been placed in isolation following the positive result.

This type of situation is now considered to be a regional phenomenon and is expected since Caribbean countries are reopening there borders allowing for intraregional travel.

The other three imported cases are people with a recent travel history while the single non-imported case is the contact of someone who previously tested positive. These four individuals are also now in isolation following their positive result.

Meanwhile, the dashboard remains the same as there has been no changes. The next publication of the dashboard will be on July 31st, 2020. 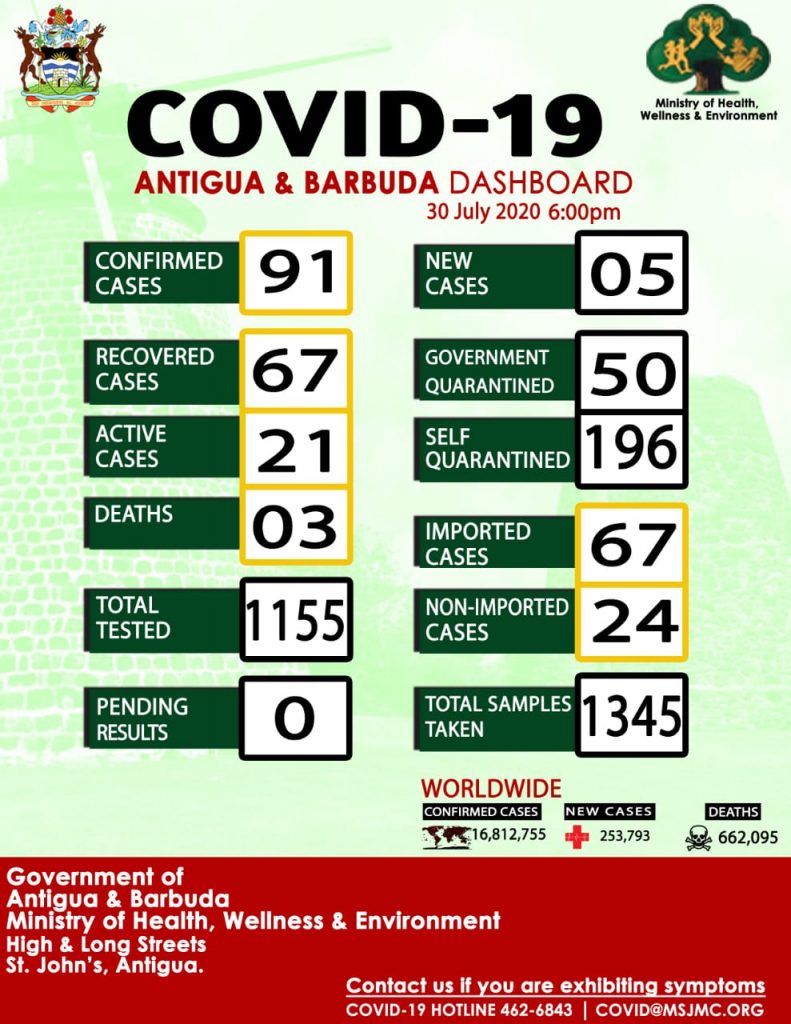