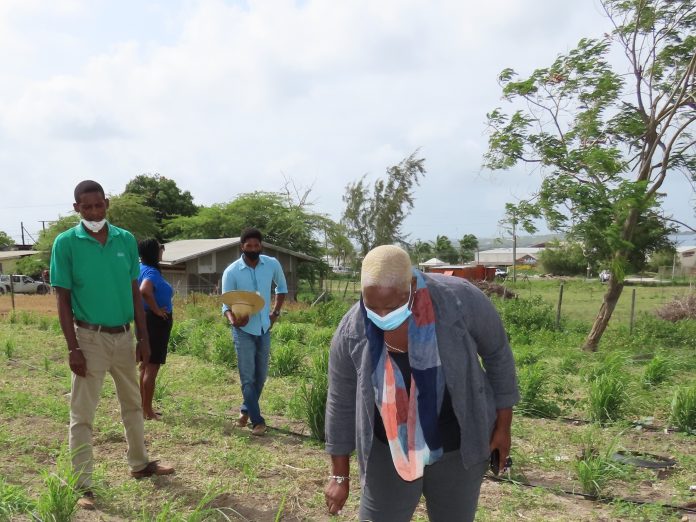 Minister of Agriculture, Hon. Samantha Marshall has highly commended the progress of the Forage project which has been undertaken at the Paynters Livestock Station.

She made point this week during a visit to the site accompanied by ministry of agriculture officials and representatives from agencies which are a part of this initiative.

The paynters location is one of four areas where the project is being undertaken, under the Australian Commission Direct Aid Programme in conjunction with the Ministry of Agriculture, the Caribbean Agricultural Research and Development Institute (CARDI) and the Inter-American Institute for Cooperation in Agriculture (IICA).

The project is considered timely as it provides drought tolerant forages for livestock farmers. 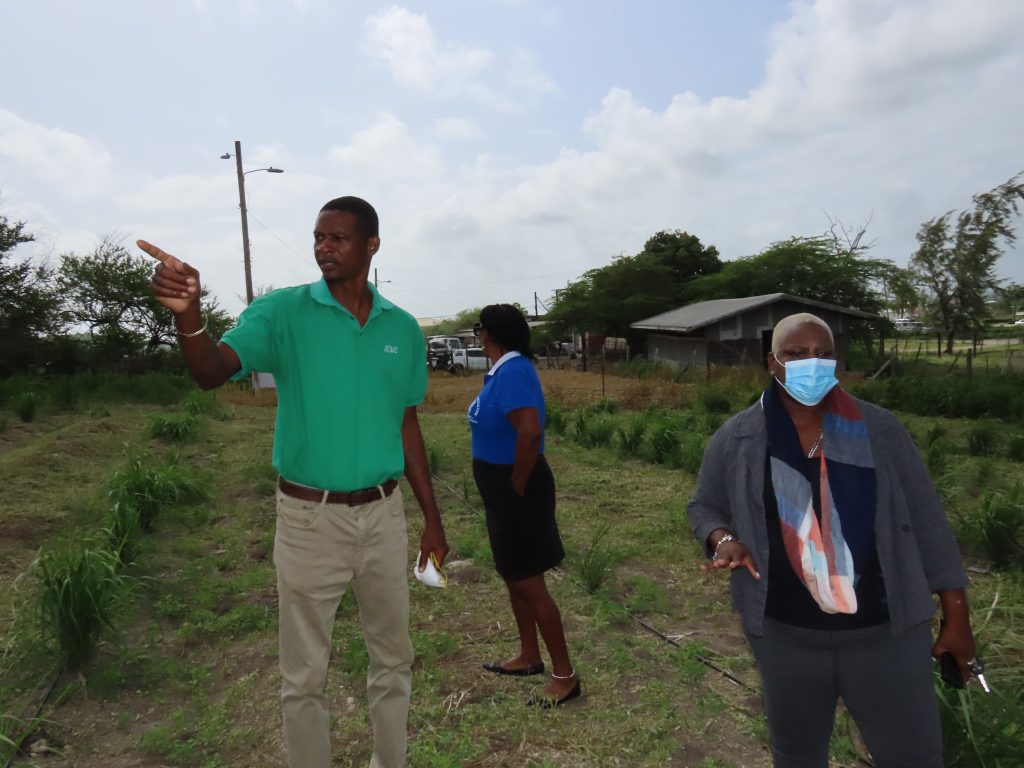 Minister Marshall in her remarks, highlighted the importance of such a project in light of the extensive drought period that Antigua and Barbuda is experiencing.

“Antigua and Barbuda has been going through an extended period of drought and so part of the issue with livestock farmers, is that they have had to do a lot of importation, sometimes at a costly price for them and so what we wanted to do was to look at what we had on the ground here in Antigua and Barbuda to see what was just not a good feed but also high in nutrients for the animals,” stated Ms. Marshall.

She also stated that the project would enable livestock farmers to increase their production of livestock, as they will have access to feed even during the drought period.

Director of Agriculture, Gregory Bailey says that from an economic point of view, it is a very significant project.

According to the DA, since the threat of COVID-19, there is the possibility of threats to the food supply chain and in the event of such an occurrence, the country would be in the position to produce its own livestock.

“An initiative like this where we can produce local forages with limited input, can significantly reduce the cost of food to the livestock and by extension has the potential of reducing the cost of livestock products,” stated Mr. Bailey.

The project consists of five highly nutritious non- invasive legumes and species that would be able to tolerate drought and floods, therefore requiring less input for production.

This project entitled, “Developing Sustainable Protein Sources for Community Nutrition and Resilience in Antigua” is being carried out in three (3) other locations – the BBC in Seaview Farm, Glanville and Cades Bay.

National Specialist for IICA, Craig Thomas explained that the need for the forage project was identified following the events of Hurricane Irma in September 2017. 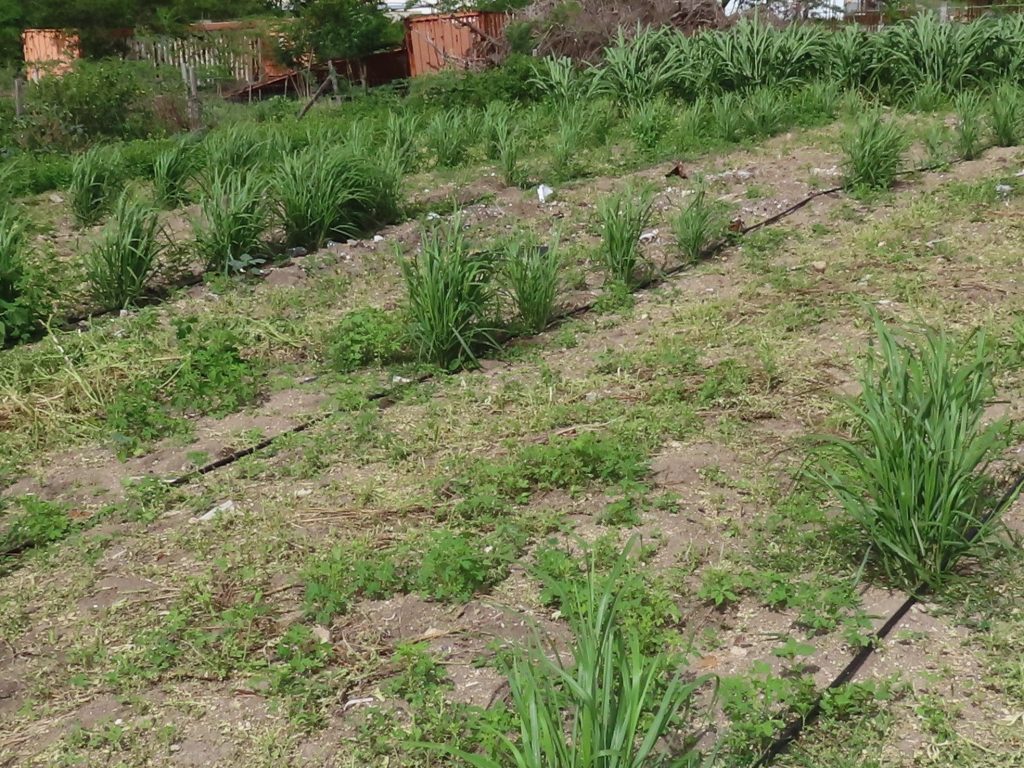 “We see that there is a potential for livestock especially in Barbuda and also in Antigua, so I think that this is a step for us to establish small plots like these for farmers where they can utilize these drought tolerant forages inside of the dry period,” stated Mr. Thomas.

Also on the visit was CARDI’s Antigua Representative, Mr. Paul Lucas who said that utilizing a collection of different forages will definitely help to supplement the diet of the animals while reducing the need for large amounts of commercial feed.

The Paynters Plot has been flourishing since it was planted two (2) months ago with Chryosopogon, Gliricidia, Mulberry, Elephant Grass and the African Starr Grass.