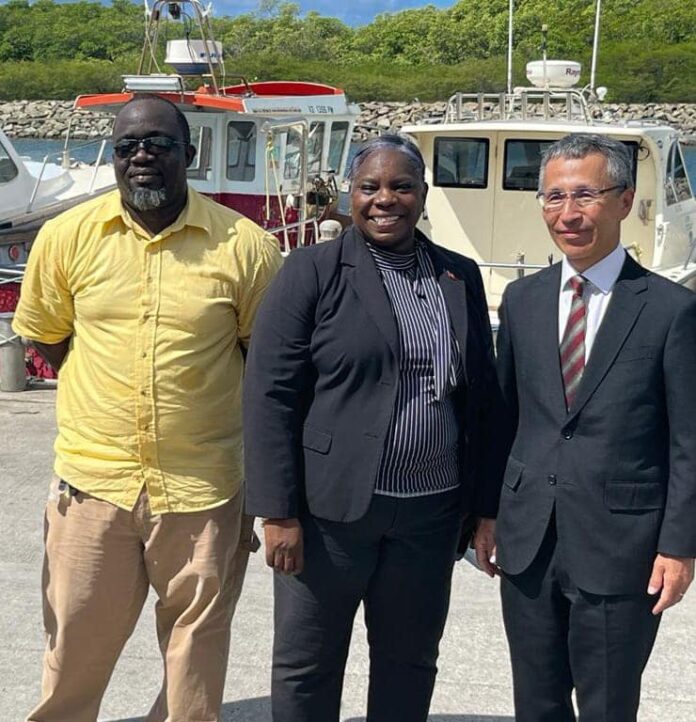 On Monday 31st October, Minister Samantha Marshall accompanied by Matsubara Yutaka, the Japanese Ambassador to Antigua and Barbuda, had a tour of the Urlings Fisheries Complex.

Opened in 2004, the Fisheries Complex was a gift from the government and citizens of Japan, and it was designed to accommodate up to fourteen small vessels.

However, almost two decades later, the amount and sizes of the vessels has increased leaving the smaller boats no other alternative but to moor up to as many as three abreast due to lack of space and this makes landing their catches more difficult.

“We have approached the Japanese already and put forward our plans for expansion”, said Minister Marshall.

Additionally, the Minister assured that during the OECS Fisheries Ministers meeting recently held here, she raised the matter on both Urlings Fisheries Complex and Keeling Point Facility to the Vice Minister, Mr. Akimoto.

Although the cost of the expansion has not yet been determined, we have the assurance that our Japanese Allies will be assisting Antigua and Barbuda with the pending expansions of the two facilities.