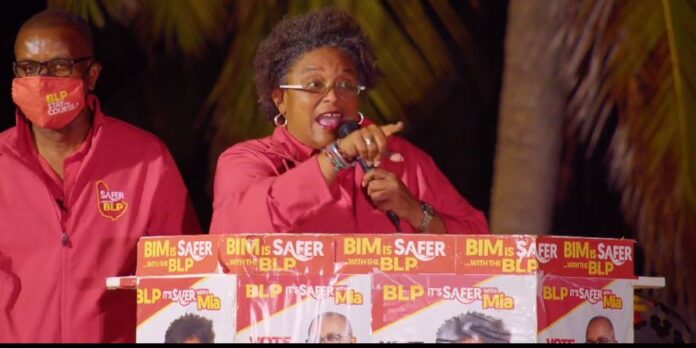 Mottley dismissed the challenge of the Democratic Labour Party (DLP) under the leadership of Verla De Peiza, while the emerging parties, including the coalition Alliance Party for Progress led by former Opposition Leader Bishop Joseph Atherley, did not make much of an impact with the electorate.

From the earliest boxes, it was clear that the incumbents would be hard to dislodge.

Even those seats which were being closely watched turned out to be nothing more than a momentary blip.

The DLP’s Michael Lashley briefly held a lead in St Philip North, but incumbent Dr Sonia Browne made a decisive surge to beat him. Similarly, what initially appeared to be a close challenge between Dr David Estwick and newcomer Kay McConney in St Philip West, also petered out.

De Peiza conceded defeat after her own race proved to be a non-contest against Peter Phillips in St Lucy and promised the DLP would speak later on the result.