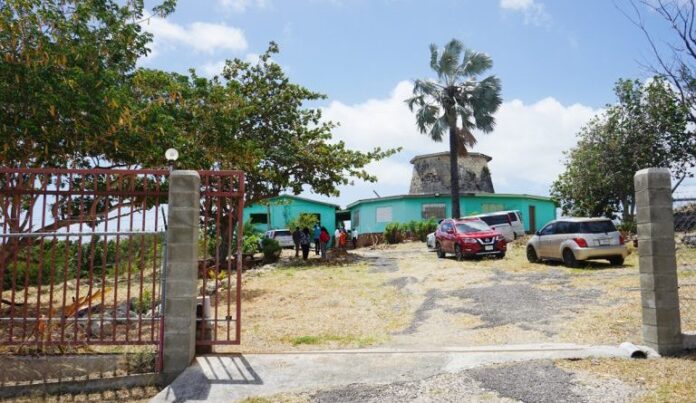 Two men have been ordered to pay restitution after they admitted to breaking into and stealing a number of items from the Boys’ Training School when the facility was closed during the height of the Covid-19 pandemic.

Seon Hazelwood, 22, and Jaquan Teague, 26, were arraigned yesterday before Justice Ann-Marie Smith, pleading guilty to building breaking and larceny of $19,667.71 worth in appliances to include microwaves, smart televisions, a washing machine, an electric kettle, a PlayStation and a refrigerator.

The Willikies-based school was not in use at the time of the theft but was checked periodically by staff members.

On April 23 2020, some supervisors went to the school to conduct some repairs and secured the property when they left that afternoon.

But three days later when one member of staff when to check they noticed that a door was open.

The police were alerted and it was discovered that a number of doors and locks were broken as well as filing cabinets and cameras.

Based on information received, police went to the home of Teague’s girlfriend where they found two of the smart televisions.

The woman told the police that her partner brought the items home on April 24 2020 and mounted them on the wall saying that they were given to him.

Teague later admitted that he and Hazelwood went to the school after getting a call from someone.

They picked up that individual but claim he was the one who jumped the fence and took the items which he then handed to the defendants over a fence.

Nevertheless, the two men entered a plea of guilty and were subsequently asked to pay about $6,000 each in compensation (for the stolen items that were not recovered) from the end of December.

The men will face six months in prison should they fail to pay.

Hazelwood will also be on probation for a year.

If he commits another offence he will be arrested and jailed for six months.