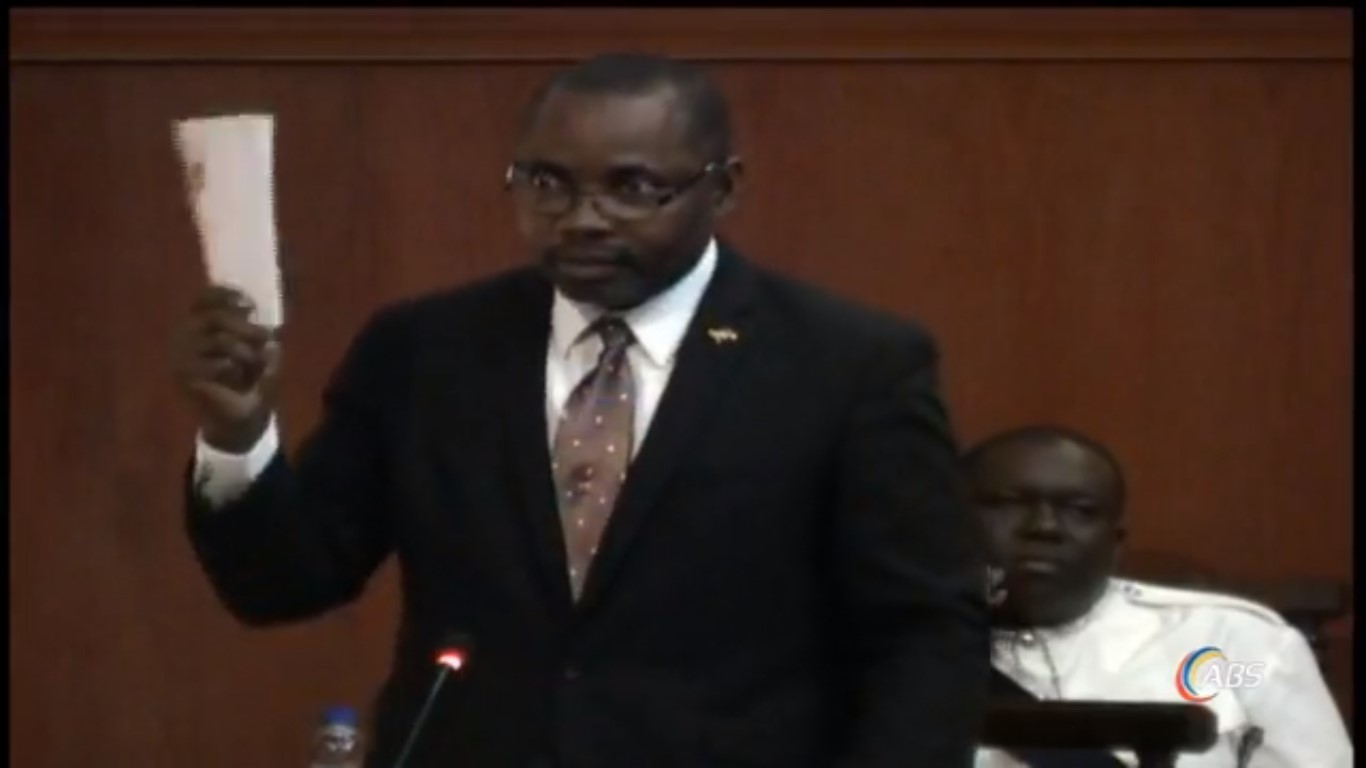 Opposition Senator Richard Lewis has said that a memo sent by the Financial Secretary to high-ranking public servants is proof that the government is broke and cannot meet its day to day expenses.

Lewis read from and provided the Senate with copies of the memo during debate on the Tax Administration and Procedure Bill. The bill passed in the Upper House yesterday seeks to improve government tax collection, by streamlining procedures and imposing stiffer penalties for offenders.

“The wheels are falling off the wagon,” Lewis declared.

“The administration is broke and so the tax man cometh with the axe for the poor man,” the United Progressive Party politician added.

He said the memo informed permanent secretaries and others that “the Treasury Department continues to receive increased numbers of expenditure requests which create additional spending, undermine budget targets and consumes critical cash flow.

“In light of the above, ministries and departments are being asked not to incur any new expenditures including commitments or obligations for the next two months (July and August). For commitment, obligations already entered in free balance, these can be processed for payments.

“Any other urgent expenditure requests should be channeled to the office of the financial secretary for approval before the ministry of department incurs the expenditure.

“The support of all ministries and departments will be critical in achieving this objective.”

Senator Maureen Payne-Hyman who rose on a point of order said the memo proves “good housekeeping.”

“That could never be a basis for saying that the government is broke. The point is you are misleading the house and everybody,” she said.