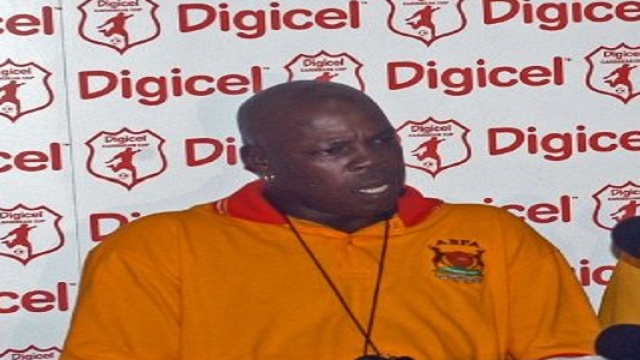 THE trial involving the two Antiguan football officials facing ganja-related charges is scheduled to start in the Kingston and St Andrew Parish Court on May 29.

The trial, which is expected to start at 9:00 am, one hour before the official start of court, was scheduled on Monday after attorney Bert Samuels urged Parish Judge Jacqueline Wilcott to schedule the trial, as a matter of urgency, as the accused men who are not from Jamaica were being inconvenienced.

The two members of the Antigua and Barbuda football team, assistant coach Derrick Edwards, 49, and equipment co-ordinator Danny Benjamin, 48, will be tried on charges of possession of ganja, dealing in ganja, taking steps to export ganja. and conspiracy. Both had their bail extended on Monday.

In the meantime, Samuels on Monday made an application to the court for permission to use video footage that was captured at the hotel where the football team stayed while in Jamaica, as part of its case. The footage, which is on a DVD, was supplied by the police as part of the prosecution’s case.

Samuels told Judge Wilcott that the footage shows the movement of one of the accused on the day in question, and is vital in helping to prove his innocence. However, a decision was not made as the prosecutor indicated that she needed time to view the video.

The men were arrested at the Norman Manley International Airport in Kingston on April 26 after their luggage was searched and 3.6 pounds of ganja found.

The ganja was reportedly detected in one of their checked luggage during X-ray examination. Subsequently, their bags were searched in their presence and two rectangular packages with ganja were found in a false compartment in a backpack in the bag.