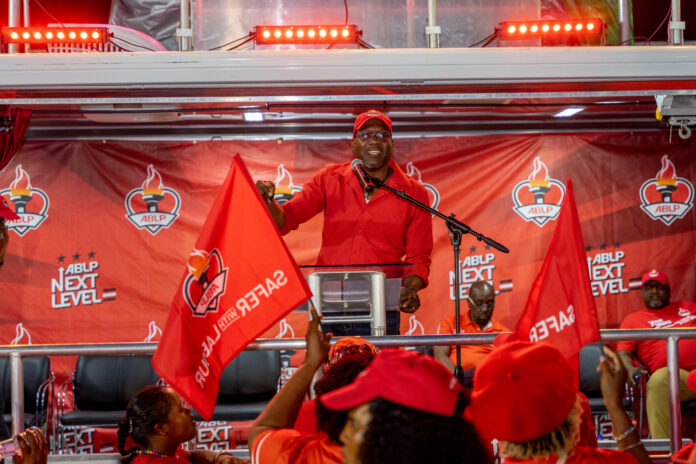 ABLP candidate for St John’s Rural South and  Minister of Education Daryll Matthew has chided the UPP’s plans for Education.

Matthew, while speaking at ABLP’s Rally in St Georges last night attacked the plans point by point stating his ABLP government “Done Do That”.

The plans as laid out in UPP’s Manifesto received heavy criticism from The Minister.

He stated these plans which have already been realized by his government show that the UPP has no real vision and is limited in its vision of education.

The energized supporters listened keenly as Matthew presented the ABLP’s plans for Education.

In his presentation, he alluded to a funding agreement to be signed next Tuesday, January 16th for $220 million EC dollars.

The funds will be used to build out the infrastructure of the University of West Indies Five Islands Campus. This investment is seen as a very important achievement in his tenure.

He later explained that this investment is the key to taking access to a university education to a Next Level.