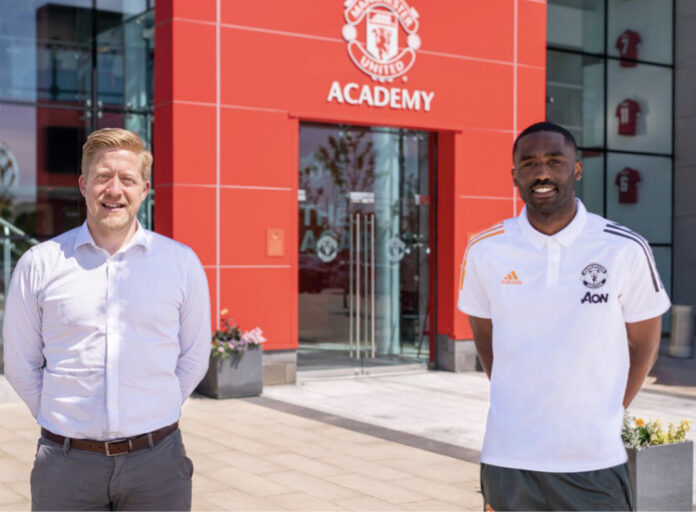 Ahead of the 2021/22 season, Manchester United has appointed Justin Cochrane as head of player development and coaching for its Academy.

The appointment further strengthens the Academy, following a season in which graduates contributed over 25 per cent of first-team minutes and five homegrown players made their debuts for Ole Gunnar Solskjaer’s side.

Cochrane joins from The FA, where he was Youth Development Phase Lead as well as England Under-17s lead coach. He will now oversee the development of Manchester United’s Professional Development Phase players (U17-U23), working closely with both Neil Wood and Neil Ryan to maximise the potential of each individual player.

Justin’s playing career saw him represent clubs throughout the Football League, including Crewe Alexandra and Rotherham United, as well as earning international caps with Antigua and Barbuda. His coaching journey began at just 17 when he created a local team whilst playing for Queens Park Rangers. While playing in the National League, Cochrane began to complete his coaching badges and then joined Tottenham Hotspur, where he spent nine seasons coaching throughout the Academy system, reaching the position of assistant head of player and coach development while also working with the Under-23s side.

He joined The FA in 2018 and subsequently completed his UEFA Pro Licence whilst taking charge of England’s Under-15s, before progressing as lead coach of the Under-16s and then Under-17s. Cochrane recently spent time with AFC Wimbledon as first-team coach, helping the club to secure their League One status in the second half of the 2020/21 season.

Mark Dempsey will continue in his role as senior Academy coach to oversee the core coaching team across the Academy.

Nick Cox, Manchester United head of Academy, said: “I am delighted that Justin has joined us as we continue to build on our achievements over recent years. Justin brings a wealth of experience that further enhances the excellent group of staff that we have throughout the Academy. Our focus on producing world-class players capable of excelling in Manchester United’s first team remains as strong as ever. Justin will work with our existing pool of elite coaches to provide each of our players with experiences that will help them grow and succeed in life and play professional football at the highest level possible.

“Mark Dempsey will continue to play an integral role in providing all of our coaches with support and guidance and of course remains an invaluable link with the first-team. The new structure will further support players in making that step up to the next level for many years to come.”

Justin Cochrane said: “Joining such a world-renowned Academy system is an extremely proud moment and I cannot wait to get started in this new and exciting role. From the first conversations, I could see the depth of top-level coaching talent that is already in place at the club.

“I look forward to working with each of them to provide the right environment for our players to thrive and to continue the phenomenal record of developing players for Manchester United’s first-team.

“I would like to take the opportunity to thank everyone at The FA for their support over the last three years, working alongside such a dedicated group of staff is a period of my career that I will never forget. Working within the national team set up to develop future England internationals was an incredible experience and I wish Gareth and his staff all the best for Euro 2020.”

John Murtough, football director, said: “Developing young players is fundamental to who we are as a club and its importance to us can never be overstated. We welcome Justin’s appointment as part of our plan to bring the best external coaching talent to complement our existing group and further strengthen the work we are doing across the Academy.”