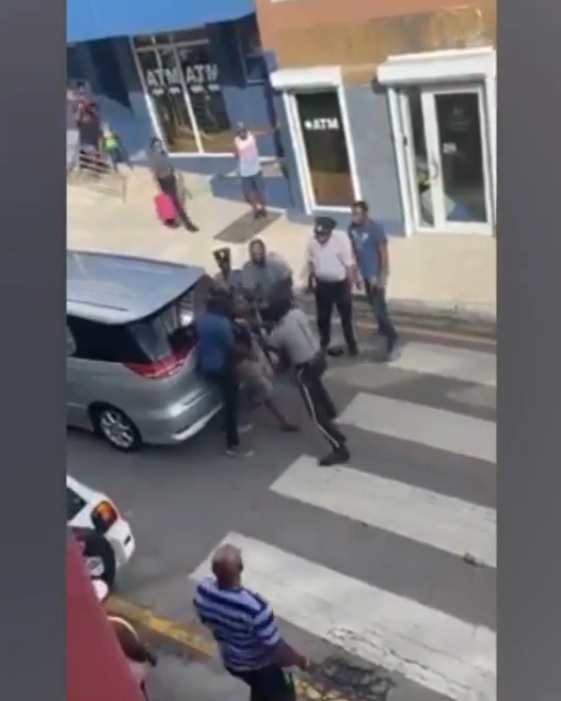 The man caught on camera resisting arrest, Okean Lightfoot, appeared before the court on Thursday and was granted bail.

The matter was heard at the St. John’s Magistrate court where Chief Magistrate Joanne Walsh granted bail at a sum of $2000 with a cash deposit of $1000.

Lightfoot pleaded not guilty to ten charges ranging from resisting arrest and escaping lawful custody to several accounts of battery on police officers.

According to reports, police tried to apprehend Lightfoot for an alleged traffic offense at which point he resisted arrest and tried to evade the police.

His brother, Kevoy Lightfoot, is facing charges of disorderly conduct, resisting arrest and use of indecent language arising from the same incident to which he has pleaded not guilty.

The Lightfoot brothers are scheduled to return to court on January 25, 2020.