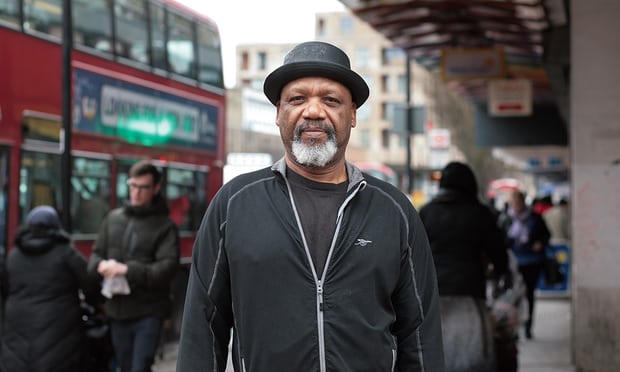 A man who has lived in Britain for almost 60 years has been told by the Home Office he is in the UK illegally.

Elwaldo Romeo moved from Antigua to the UK when he was four, 59 years ago, and has lived and worked here continuously ever since.

He was extremely distressed to receive a Home Office letter earlier this month informing him that he was “liable to be detained” because he was a “person without leave”.

The letter continued: “You have NOT been given leave to enter the United Kingdom within the meaning of the Immigration Act 1971.”

He has been told to report fortnightly to Home Office premises. The letter also offered advice on “help and support on returning home voluntarily”.

Romeo, 63, has no desire to be helped to return to a country he has not visited for more than half a century, where he has no close family. Given that all his schooling was in London, he studied at college here, has worked here for more than 40 years, has held a British passport, owns his own home in London, and has two adult British children and five British grandchildren, he cannot understand why the Home Office has classified him as someone who is here illegally.

He reported in person for the first time to the Home Office on Tuesday, but there was official confusion about who he was and where his papers were and he was told to report again in two weeks’ time. Until the situation is resolved, he remains worried that immigration officials may visit him at home and remove him to a detention centre. He has tried repeatedly to call the number printed on the Home Office letter, but it is never answered.

“It scares the living daylights out of you – the threatening language on the letters,” he said. “This is the country I’ve grown up in. I love it and it’s been very good to me over the years. But I’m devastated it has come to this. I feel like I’m being thrown aside.”

His problems are similar to those experienced by an increasing number of people who were born in Commonwealth countries, moved to the UK as children in the 1960s, and have only discovered decades later that their status here has never been formalised. Some, such as Paulette Wilson, have been wrongly sent to immigration removal centres and threatened with deportation, others have been made homeless, lost their jobs or been refused free NHS treatment because they are unable to produce a British passport.

The shadow home secretary, Diane Abbott, said: “It is important that the Home Office is more compassionate. I think they are being unreasonable. These are not people who came in on the back of a lorry. These are law-abiding British citizens.”

When Romeo’s MP, Kate Osamor, raised the case with the Home Office, she was told that he was someone who was “liable for detention”, and someone who has “had no status since 2005”.

Osamor said she wanted the Home Office to explain why a large group of black Caribbean men and women who have been here since the 1960s were being targeted by immigration officials. “There is a level of discrimination. The rules have changed since they were children. Why hasn’t the Home Office made a plan for how it’s going to help them? It needs to have a much more commonsense approach to handling these cases,” she said.

“People get very worried when they get this kind of letter. Each time they have to report to the Home Office, they don’t know if they’re going to be detained, and if it’s the last time they’re going to see their family.”

Romeo believes the problem may have been caused by his mother failing to put the surname, Romeo, on his birth certificate in 1955, registering just a first and middle name. He came to the UK on his mother’s passport when she emigrated here to become a nurse. When his father registered him at school, he put his name down as Elwaldo Romeo, which is the name he has used all his life, and is the name on his driving licence, mortgage and tax records.

He successfully applied for a British passport in the 1970s but it was stolen in the 1990s. When he tried to reapply in 2006 the application was rejected because his surname is not on his birth certificate and officials could find no record of the earlier passport. His extensive attempts to unravel this anomaly have not been successful.

Home Office officials telephoned Romeo on Wednesday, the day after the Guardian raised his case with them. A Home Office spokesperson said: “We have been in touch with Mr Romeo to assure him that we are urgently reviewing his case and to help make sure that he is providing the correct information to demonstrate his status.”

Romeo said: “I’m not impressed with the way they are dealing with me and other people in my situation. People’s lives are on hold. They don’t take into consideration that I’ve been here since I was four.

“If anyone asked me I could tell them the name of my primary school headteacher, and where to find pictures of me in the Islington Gazette playing football as a child for Islington District. No one has asked me any of these questions.”