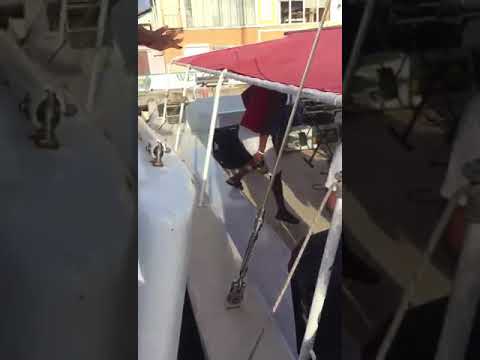 Leroy Joseph, 52, of Union Road, Hatton has been charged with stabbing of Denton Roberts on Wadadli Cats.

He has been charged with wounding with intent to do grievous bodily harm after allegedly stabbing Roberts five times.

The incident  on Sunday after a cruise on the tour boat which also hosts private party events.

The two men got into an argument which resulted in an brawl on the boat while it was docked in Heritage Quay.

Another man, Andy Meade was injured during the incident when a glass bottle struck him on the head.

Scott was treated at the hospital for a dislocated left shoulder after being kicked during the fight.