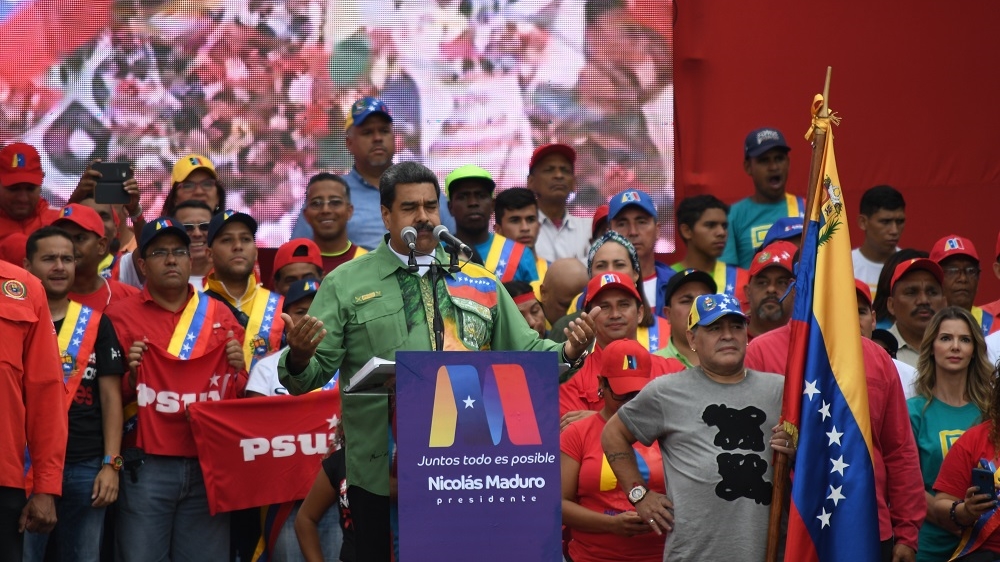 Venezuela’s election officials say socialist leader Nicolas Maduro has won a second six-year term as president of the oil-rich South American country, while his main rivals are disputing the legitimacy of the vote and calling for a new election.

The opposition throughout the day argued that a Maduro victory would lack legitimacy because many voters stayed home, heeding the call to boycott an election seen as rigged. Government critics also say other voters were pressured into voting for Maduro.

The United States and many governments around the world rejected the election even before ballots were cast as several key rivals of Maduro were barred from running.

Increasing authoritarian rule and mismanagement of the all-important state-run oil industry have caused a deepening economic crisis, putting Venezuelan on the brink of collapse.