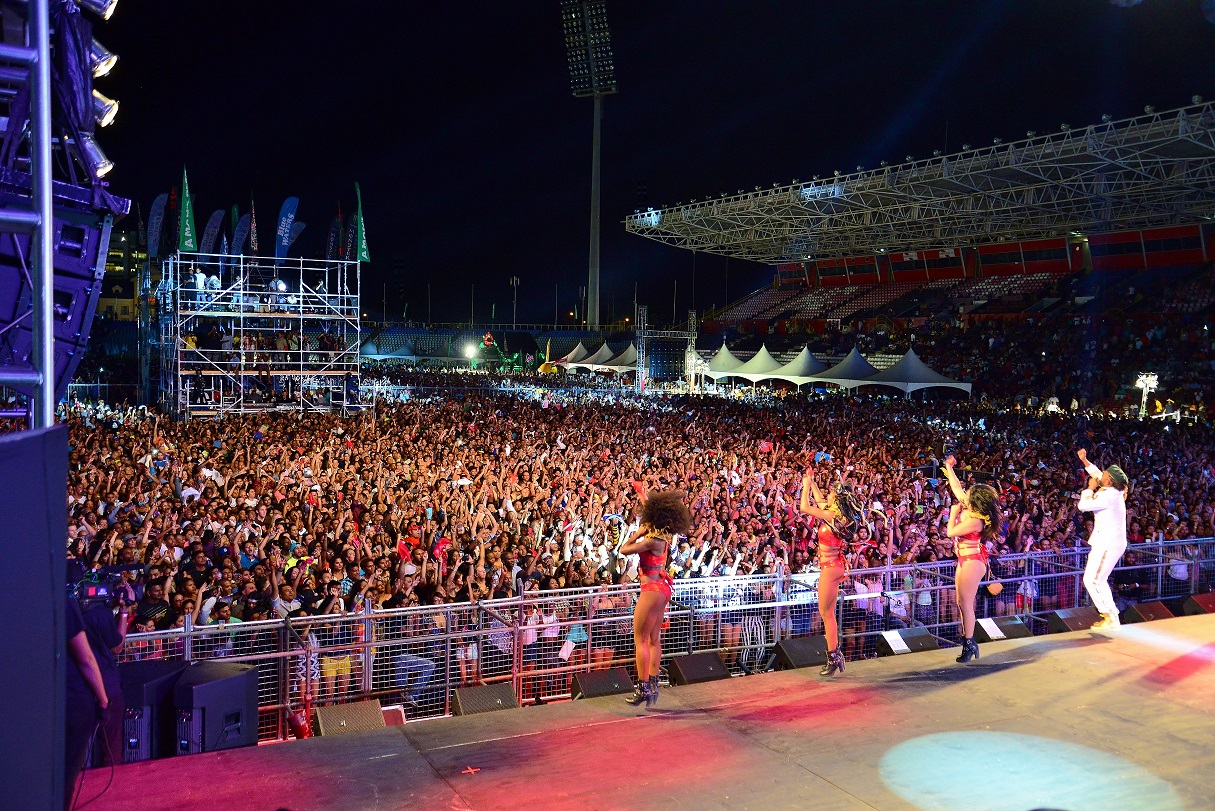 Let’s step away from the Machel and Iwer mash-up sound-clash for a moment (and if you’re still wondering if they’re bitterly at war, they’re not).

We’re taking a look at who has released the most songs so far this Carnival (and yeah, yeah, we know it’s not a competition but we’re counting it anyway).

And if you’re thinking that Machel Montano tops the list, go to the back of the class with your utterly wrong self.

A lady rules this roost at present, and her name is Patrice Roberts.

Yep, the songstress has already released 14 songs this season, one more than Machel’s 13 as at late Monday evening (14 January).

And just as in the case of Machel, not all Patrice’s songs are solos. Many are collaborations and many are on rhythms (or riddims as they call it).

But we’re not letting those fine details trouble us…she or he sings on it, we put it on the list.

Let’s take a look at how the two established soca artistes have been giving of their talents so far this season.

And we wish them both the best, as we also do with all other artistes for Carnival 2019.