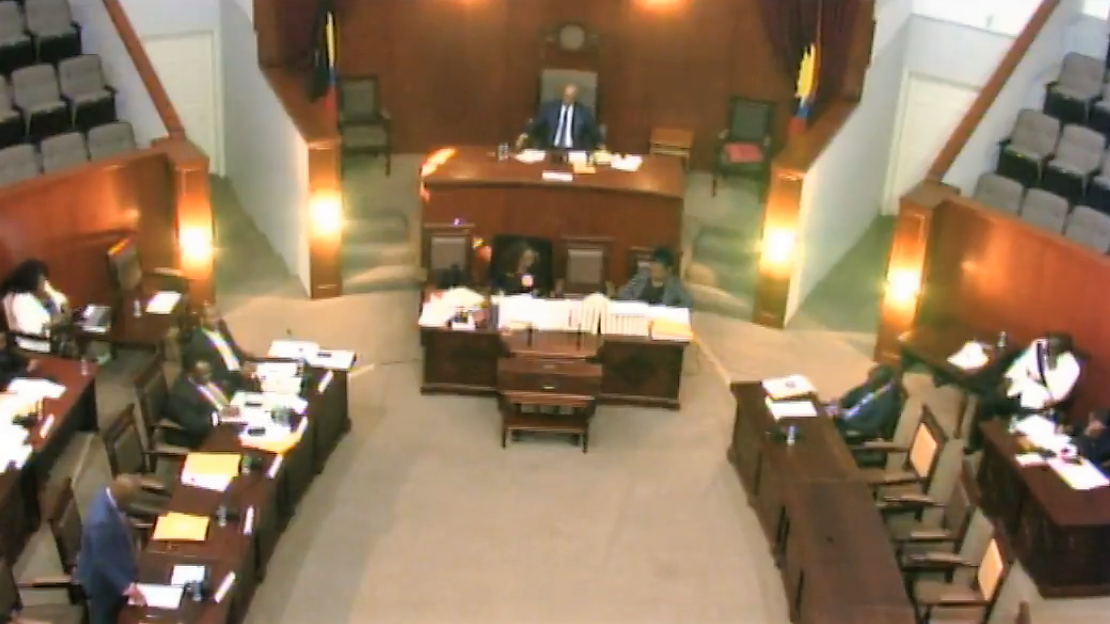 But Opposition Leader Jamale Pringle, who was among two opposition legislators that abstained when the vote was called for on the legislation,  said that while the main opposition United Progressive Party (UPP)  had no problems with the CCJ, it was still demanding that efforts be made to “fix’ the lower courts here before the move  is finalised.

Earlier, Attorney General and Minister of Legal Affairs, Steadroy “Cutie” Benjamin urged legislators to adopt the Constitution of Antigua and Barbuda Constitution Amendment Bill 2018, saying many other countries that were once colonies of Britain have established their own judicial system.

Benjamin, piloting the legislation said that countries like India, Australia New Zealand, and Hong Kong had accepted their independence from Britain “and as a matter of independence they each had their final Supreme Court established in their respective jurisdiction.

“The question is why did they do so because in order to be being independent they wanted to control every aspect…of the independent nation,” he told legislators.

Benjamin also took issue with the fact that in order to join the CCJ, there was need for a referendum with a two-thirds majority support, saying some islands like Barbados do not have that stipulation in their constitution.

The Attorney General said that the situation regarding the Privy Council was an affront to any “self-respecting” Caribbean man, and urged legislators “to do the right thing” and support the legislation.

“This is apolitical,’ Benjamin said as government legislators, including Prime Minister Gaston Browne urged legislators to support the legislation.

Browne told legislators that a significant amount of nationals are unable to access the Privy Council because of the prohibitive costs involved.

“For us this issue is a governance issue,’ Browne said, noting that as many as 99 per cent of the population are unable to access the Privy Council.

“We all know to take a case to the Privy Council is in the region of EC$250,000 (One EC dollar=US$0.37 cents),’ Browne said, noting that the costs would be significantly reduced if the matter is brought before the CCJ.

Browne said he was urging all stakeholders to participate in the public education campaign ahead of the referendum on November 6.

“Whereas we are inviting them to participate, they may make the argument down the road that we did not give them a chance and that all the promotional funds were placed on the promotions of the CCJ and we have to watch that too,” Browne said, dismissing as redundant, the arguments against the CCJ which he said had already been addressed in the past.

Antiguans and Barbudans vote in a referendum on November 6 to decide whether to replace the London-based Privy Council with the CCJ, which also functions as an international tribunal interpreting the revised Treaty of Chaguaramas that governs the regional integration movement.

The CCJ, which was established in 2001, has two jurisdictions – Original and Appellate – but while most of the CARICOM countries are signatories to the original jurisdiction, only Barbados, Belize, Dominica and Guyana have signed on to the Appellate jurisdiction.

Pringle said the UPP would not support a single item referendum in November and repeated calls for the lower courts to be “fixed” before any move is made to the CCJ.

“Time and time again we have said we have no problem with the CCJ but there are other issues that we need to address…upon moving to the CCJ,’ Pringle added.

Pringle dismissed the argument that Antigua and Barbuda needed to complete its independence by removing the some of the last vestiges of colonialism, telling legislators that new bank notes still carry a picture of the Queen and the Head of State is a representative of the Queen.

“So the argument from moving from colonialism to our own, we are doing it half-heartedly. Let us look at it from a standpoint if we are going to that let us deal with everything one time,”’ Pringle said, questioning whether the CCJ “is the most important issue we have to deal with at this time”.

“There are so many things in this country that we can look at,” he said, adding “you market the CCj by making our courts better so that the people have the confidence in our courts”.