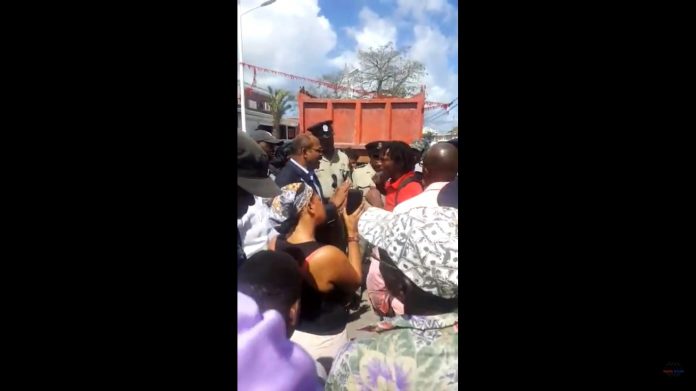 Prime Minister Gaston Browne is again appealing for the cooperation of the Booby Alley residents as the government moves ahead to start the redevelopment of the area.

Recently, a protest action was held by residents after workers from APUA showed up to disconnect utilities from the first resident to be relocated.

Browne argues the project is developmental and not political.

“I want to make it abundantly clear; my government has done nothing wrong in this issue, it’s just natural fears that have been exploited by some”.

PM Browne says it’s the responsibility of the Government to provide climate-smart homes for the people of Antigua.

“We have a responsibility as the government to build them climate resistant homes to ensure that their living conditions can improve so that they can enjoy a better quality of life”.

Lovell says when it comes to the Booby Alley situation, something is not adding up.

“Something is not adding up, why is it you tell people I’m going to move you from these conditions which are very bad, which we all agree, we said we would do something about it and yet people respond in this hostile way, so it’s a trust issue, it’s a communication issue and it’s a governance issue”.

So far, one resident has been asked to relocate while government technicians began the process of development of the area.

It’s still unclear whether the resident has relocated or not, however, things have quit down in the Booby Alley area and a consultation is set for this weekend with PM Browne to discuss the ongoing issue.