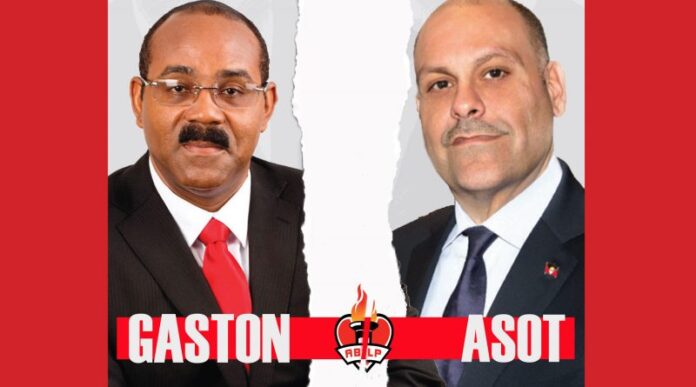 The Antigua Labour Party (ALP) did almost everything wrong in its approach to the Asot Michael issue, says Harold Lovell, Political Leader of the United Progressive Party (UPP), and it appears set to continue on that path.

Michael, the Member of Parliament for St. Peter, has filed several court actions to stop the ALP Executive from removing him as the candidate in the upcoming elections and from the party.

His most recent court victory came last month, when the High Court granted him injunctive relief.

The Judge restrained the Labour Party from holding out Rawdon Turner as its candidate for St. Peter until the substantive matter is heard or the party abides by its own rules for selection.

Despite this, the ALP says it is strategizing and has devised a plan to appoint Turner. But Michael, through his lawyer, is reminding Prime Minister Gaston Browne and the ALP executive that their efforts will not work.

In a letter to the ALP, attorney Hugh Marshall Jr. writes that the time for holding a primary has passed. According to the Party’s revised constitution, no primary can be considered when general elections are less than 12 months away.

And while the party has convened its Suitability Committee to meet with prospective candidates – an interview session that Michael did not attend – the letter reminds the ALP executive that the need for this committee arises only when there is a bona fide primary to be considered.

Lovell says it is very instructive to the Nation that the ALP runs its affairs in the same way that it runs the country – without rules, regulations and laws.

The UPP Leader says the ALP has backed itself into a corner, since no primary can now be held, according to its own constitution.

Banditry, illegality, disregard for rules, and disrespect for people are the hallmarks of the ALP, Lovell says, based on the recent court ruling. The Labour Party has perpetrated these ills on its own members and has done the same to the citizens and residents of this country, he adds.

Meanwhile, in a June 1 online post, attorney-at-law Charles Tabor says it is going to be interesting to see the next move of the ALP Executive, since it must contend with the 12-month constructional deadline.

As general elections are constitutionally due in March 2023, Tabor says the ALP has run out of time.

Like most residents, the attorney says he wonders whether Michael will run as a candidate on the ALP ticket after all the pronouncements that PM Browne has made against him, or the party will opt to go into the election with 16 candidates, leaving Michael to run as an independent.

According to Tabor, “The next few months will be very interesting.” (REAL NEWS)