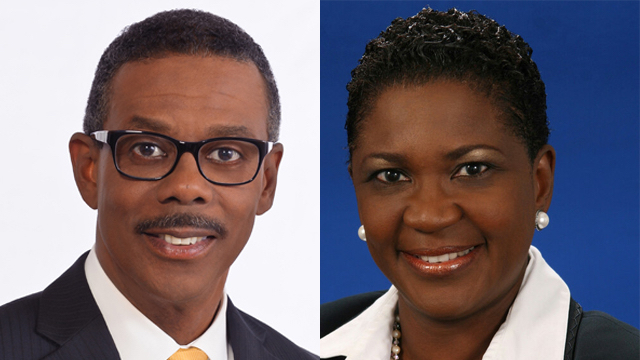 Harold Lovell has come out in defence of Malaka Parker, asserting that the former Executive Member of the Democratic National Alliance (DNA) was not involved in any “unity” talks with the United Progressive Party (UPP).

Parker has come in for some harsh criticism from her former colleagues.  Among other accusations, they charge that her recent resignation was influenced by a failure to get the DNA leadership to consider an alliance with the UPP.

However, the UPP Political Leader revealed that he had been engaged in such discussions – not with Parker – but with former Ambassador Bruce Goodwin , who also resigned from the DNA last week.

Speaking on Thursday night’s “Captain’s Corner,” Lovell said he had “put out feelers” and initiated dialogue with Goodwin, searching for common  ground on which the two opposition parties could challenge the incumbent Antigua Labour Party.

He said he believed – and still does – that a unified political front creates a stronger force, and therefore he set out to see if he could make that happen.

While she is accusing Parker, he says,  Massiah herself was entertaining overtures made by two separate advocates for a UPP-DNA agreement – with one of them ready to corroborate his assertion.

He notes that he is not pursuing DNA members, nor attempting to persuade them to cross political lines; but should any of them wish to do so, they would find a welcome in the UPP, Lovell says.

However, the Political Leader declares, even without an alliance with the DNA, the UPP is ready to challenge the Labour Party in the next general elections.