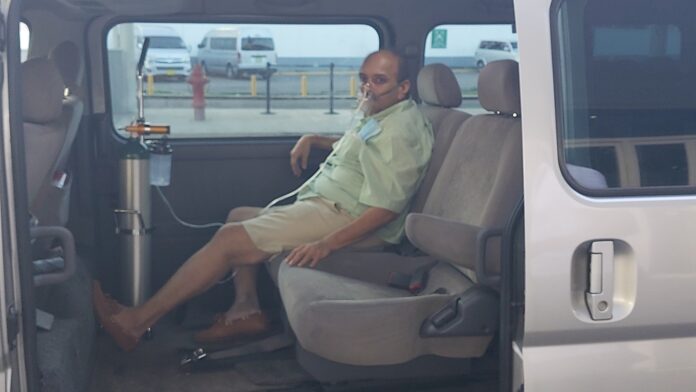 “It’s a malicious lie,” says Harold Lovell, Political Leader of the United Progressive Party (UPP), in response to a claim out of St. Kitts & Nevis about the source of its campaign funding.

A March 29 article in the SKN News reports that Lovell and Indian businessman Mehul Choksi held a meeting in which the latter made a conditional promise to fund the UPP’s political campaign.

The story claims the two met at an unnamed Italian restaurant owned by one “Richard Parker,” who heard the conversation.

Both Lovell and a spokesperson for Choksi are rejecting the statement as a lie and categorically deny that any such meeting or discussion took place.

The UPP, meanwhile, has investigated the story run by SKN News.  The Party is reliably informed that it was fabricated by “a Nevisian … who is a spinner for Gaston [Browne].”

Meanwhile, a UPP Executive Member describes the fake-news article as a “deflection.”

She refers to the rumours now in circulation which allege that the Antigua Labour Party’s campaign is about to receive a significant cash injection from so-called investors in Dubai.

Prime Minister Browne and his wife, Maria Browne, the Minister of Lands, are currently in Dubai attending a World Government Summit hosted by the ruler of that emirate.

“We are not at all deceived by this concocted ‘regional story,’” the Executive member says.  “This is nothing but a red herring thrown across the trail by a nervous Antigua Labour Party,” she states.