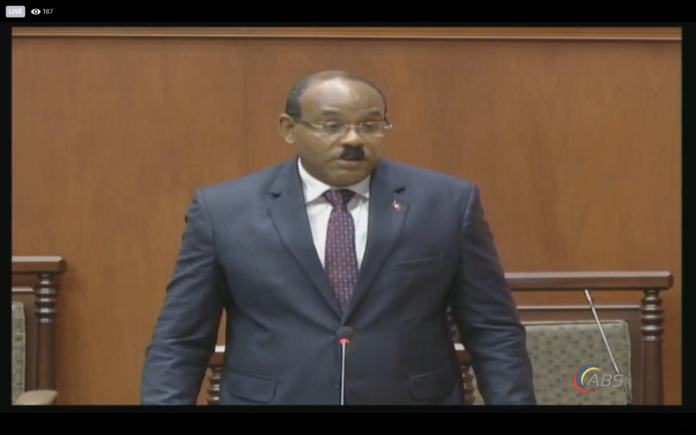 Harold Lovell, the Political Leader of the United Progressive Party (UPP), is refuting defamatory remarks made by Prime Minister Gaston Browne during the sitting of the Lower House today, May 25, 2021, and challenging him to repeat them outside the confines of Parliament.

Browne made several slanderous and unsubstantiated claims today in response to a question posed by Opposition Leader Jamale Pringle in relation to an inquiry into the international scandal.

“These scurrilous statements were brought to my attention this afternoon,” Lovell says.  “They are not only patently untrue, but Gaston Browne, himself, knows they are vicious lies.

“That is why he has chosen to utter them – not via his weekly platform – but on the floor of the House of Representatives where he enjoys the privilege of immunity.  That is what cowards do!” Lovell declares.

“If he were interesed in truth, and in clearing up the cloud that hangs over this country on account of the Odebrecht Scandal, he would man up and hold the inquiry for which I and other right-thinking citizens and nationals have

The Party’s Executive echoes the call for an investigation into the matter and expresses its full confidence in the vindication of the Political Leader.