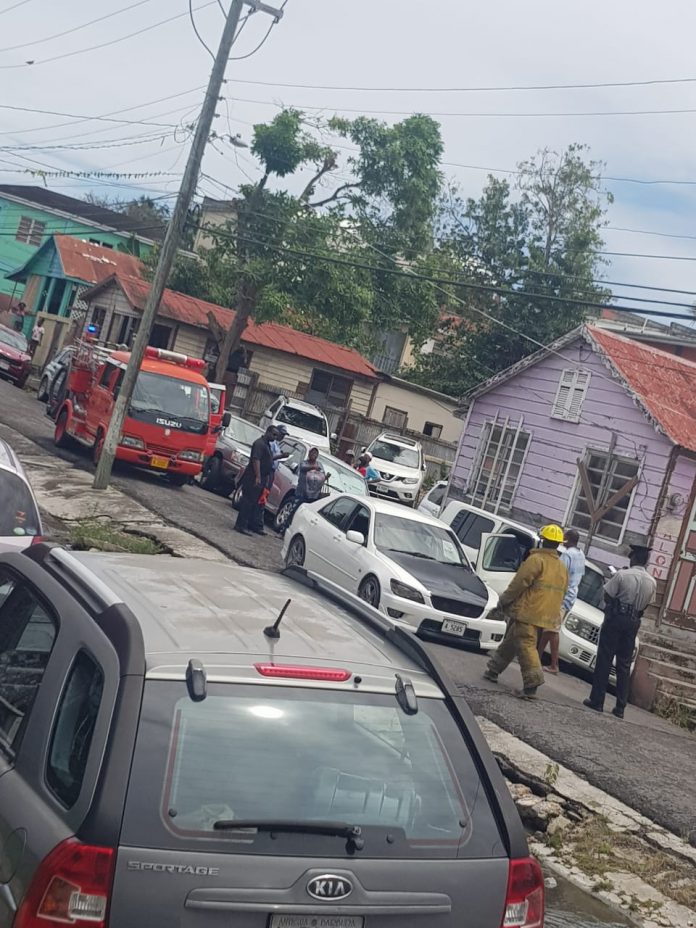 A young girl was taken to the hospital earlier today with serious injuries to her head.

Based on initial reports, the girl was exiting her mother’s vehicle when another car hit it.

She reportedly slammed into a nearby wall and hurt her head.

An eyewitness said, “the little girl’s skull was all you seeing.”

Emergency personnel responded and transported the child to the hospital.

Images from the accident show the child being pushed away on a stretcher with bandages around her head.

The incident occurred on Tanner Street Police are investigating.