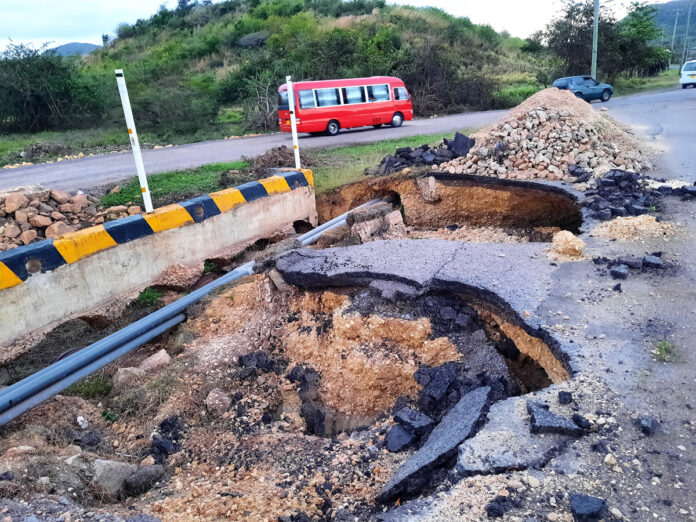 Trumpet News: Almost seven months after construction began on the Bridge at Little Creek, the project is yet to be completed.

The bridge that links the south-west of Antigua to the city of St John’s was badly damaged in November 2020 due to heavy flooding. The already weakened road subsided even further.

Residents in the area have expressed concerns and frustration as a Tropical Storm warning was issued earlier today.

While a bypass was created adjacent to the bridge to allow drivers to travel to and from the city with minimal disruption, some residents traversing the area have grown impatient with the pace at which the work is progressing.

With the threat of this severe weather condition and the temporary block of the path for the water to pass, they say the situation could be serious.

Several hotels on that side of the island have expressed concern over the length of time it’s taking to complete the project.