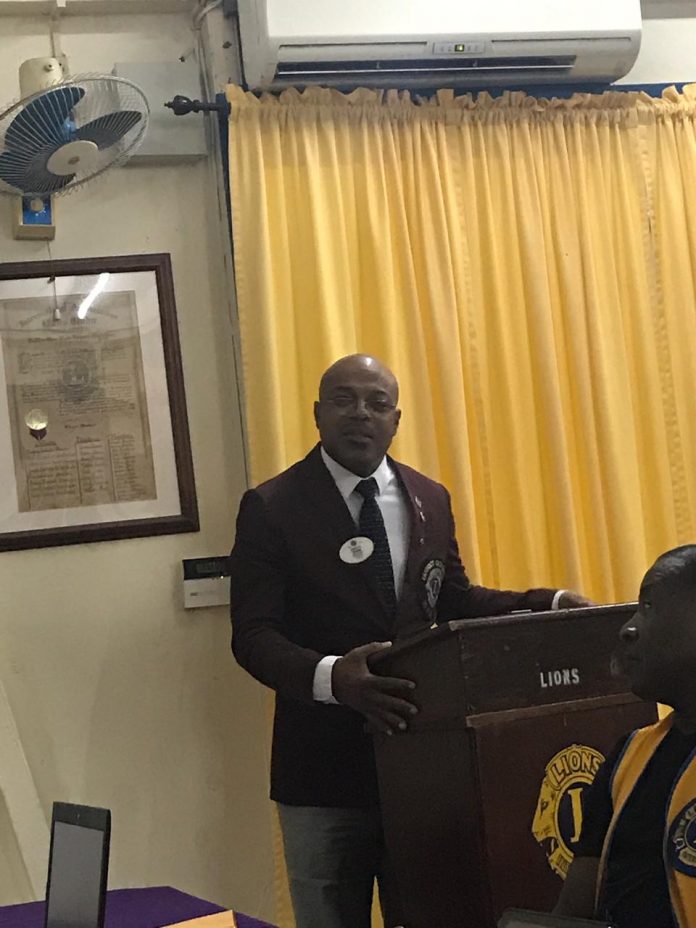 He encouraged the President, Board of Directors and members to continue the good work they have been doing in the community.

He also encouraged that each Lion to look out for one another, be caring, inspiring, thoughtful, and show kindness at home, work, play.

Lion Leslie Ephraim PMJF joined the Antigua Lions Club in 1995, and has held many positions including President in the year 2010-2011.

Lion Leslie has received many awards, including the Lion of Year 2008/2009 at the club level, the Melvin Jones Award and now the Progressive Melvin Jones recognition.

Our Club is honoured to have one of our own as District Governor for Sub-District 60B.