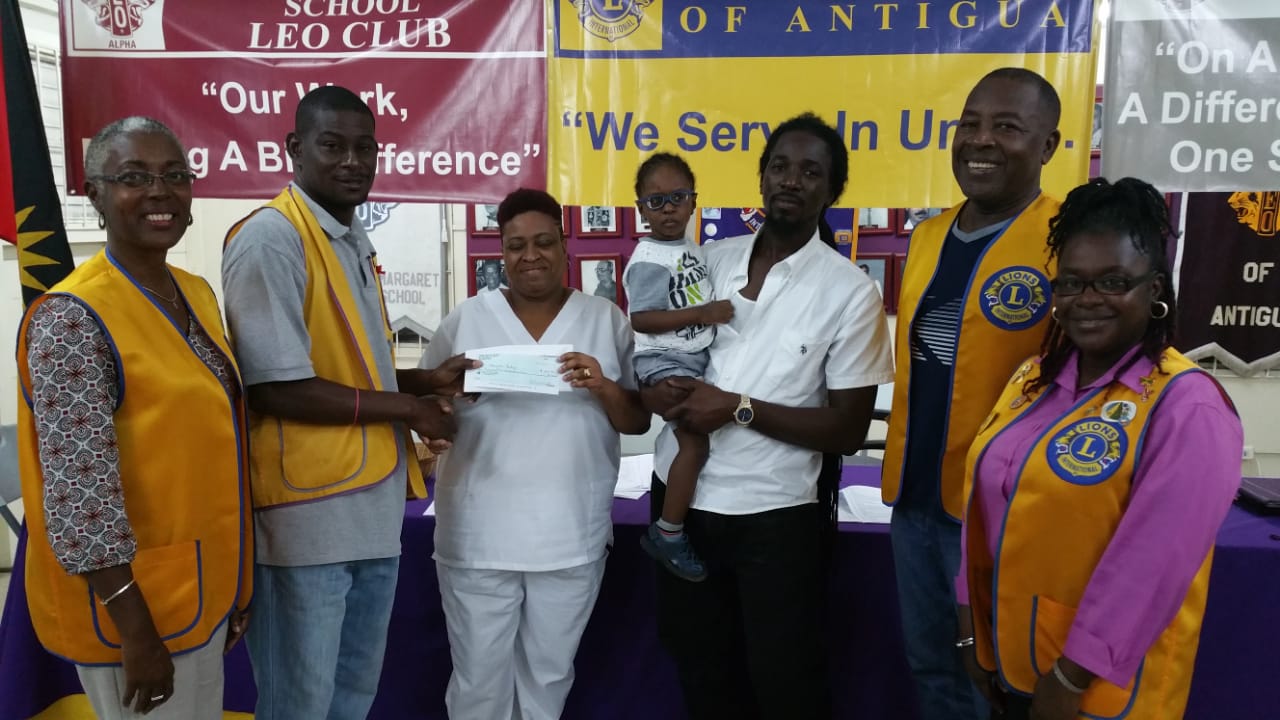 The Lion’s Club is assisting Marshall is a two-year-old boy who was diagnosed with congenital glaucoma at the tender age of two months.

A shunt was placed in left eye while he had a cornea transplant done in the right eye, throughout the course of the day he has to take five different eye drops daily one of which has to be flown in from Miami at a cost of EC $700.00 and expires in 14 days time.

had to undergo surgery in January to remove from his eye.

When his mother wrote a letter to the Antigua Lions Club asking for financial assistance to have him return to Miami for consultations and surgery of course the club had to play its part in helping the child to live a more normal life.

Lions Virgil Daniel MJF and Lion Gladston Joseph MJF carried out the necessary investigation, both lions were touched when they were told of story.  During the investigation, the Lions were informed that Medical Scheme will pay for the surgery but the parents will have to pay for two separate consultations (one with a Pediatric Glaucoma Specialist and the other with Cornea Specialist) and each consultation can cost up to $700.00 each.

The parents also told the Lions that they have already purchased the tickets to Miami and he is currently out of the eye drop which has to be flown in from Miami because his continuous medical expenses have depleted all their savings plus they had to take out a number of loans.

Lions Virgil Daniel MJF and Gladston Joseph MJF took Dreden’s case to the Health Committee and implored that the committee help him with the consultation fees and the cost of the eye drop the committee wasted no time in approving the recommendation.