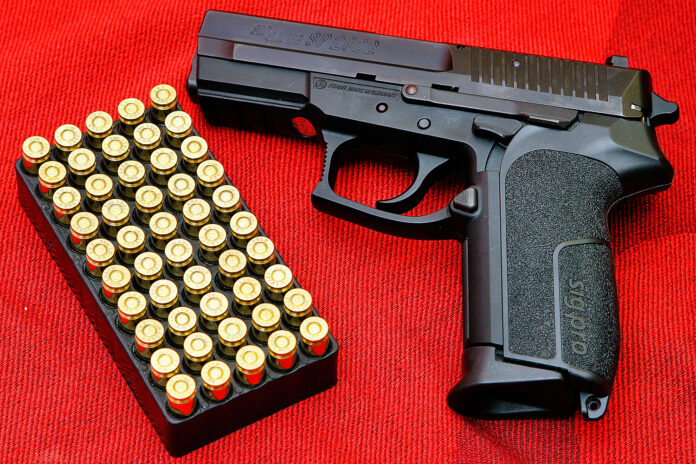 A 24yr old man is being questioned by the police after he was found with an illegal firearm and ammunition.

The Liberta resident was picked up on Armstrong Road around 12:30 pm on Wednesday during a police mobile patrol.

A search was carried out on him and one 9mm pistol and nine matching rounds of ammunition were found in his possession.

He was arrested and taken into custody as investigations remain ongoing.