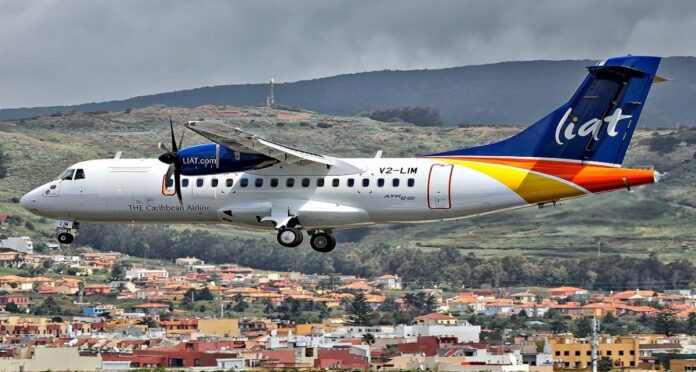 Some former Barbadian LIAT employees are considering parting ways with the Barbados Workers’ Union (BWU) and National Union of Public Workers (NUPW) accusing them of a lack of proper representation in a two-year struggle for the payment of outstanding severance.

A spokesman for the group which includes pilots and engineers is also criticising the Barbados Government, claiming the Mia Mottley Administration has “put them out to pasture” and gone silent on the plight of the Barbadians, who were among hundreds of other Caribbean nationals retrenched by the Antigua-headquartered airline without a cent.

The ex-LIAT worker from Barbados who did not want to be identified said St Lucian Prime Minister Phillip J Pierre has shown leadership with respect to his nationals when he made good on his promise to make severance and other termination benefit payments to former St Lucian workers following the collapse of the company in 2020.

Those workers were paid 100 per cent of their severance this week in a compensation package exceeding EC$6 million.

Prime Minister Pierre a few months ago said that as part of his government’s policy to prioritize the interests of St. Lucian workers, the ex-LIAT workers would be paid.

“Why can’t a similar thing be done for Bajans? This man has demonstrated leadership and empathy and I can’t stress that enough.

Leadership and empathy for human beings,” he stated.

“If LIAT is bankrupt, how long has it been bankrupt? The books should be made public and people should be able to know what’s going on.

But everything is happening in a vacuum, the staff has been put out to pasture, and not a word from the Government of Barbados. Not a word on the promises to look into the matter.

Not a word in respect of the understanding for the stress and strain that have been put on people. Not a word,” the frustrated former airline employee declared.

When contacted, Minister of Tourism and International Transport Ian Gooding Edghill said he would have to look into the matter concerning the plight of the workers.

Earlier this week the Caribbean Development Bank (CDB) issued a statement announcing that it had intervened to help resolve the current air transportation crisis in the Eastern Caribbean at the request of Barbados and other shareholder governments of LIAT.

The bank said on Monday that the air transportation woes affecting the region since the collapse of LIAT would receive closer attention, as the board of directors had approved a technical assistance grant to develop interim arrangements to address the crisis.

While no mention was made about settling the outstanding severance payments to former LIAT workers, Vice President of the CDB’s Operations Isaac Solomon said the proposed technical assistance will provide member governments of the regional lending institution with a costed and fully-funded business plan, as well as staffing considerations for implementation.

On the question of union representation, the spokesman for the group of ex-Barbadian LIAT staff was forthright about the options available to the retrenched employees.

“There seems to be only one union in this country that might be able to deal with this and at least give it an honest effort at getting some kind of assistance…because the [other] unions haven’t done much about this situation.

So there seems to be only one union in this country without saying the name that may be able to do something… and it was suggested that we reach out to this union for some assistance,” the spokesman revealed.

“We are looking at our options,” he added.

But when Barbados TODAY reached out to the president of the NUPW Richard Greene on Friday, he declined to comment.

The government’s last offer was a 50 per cent compassionate payment. The ABWU has written to Prime Minister Gaston Browne requesting a meeting to further discuss his offer.

Browne has since accused the ABWU of stalling severance negotiations for the ex-LIAT workers, but the union has denied the claim with its General Secretary David Massiah contending that if anyone is playing politics with LIAT it is Browne.