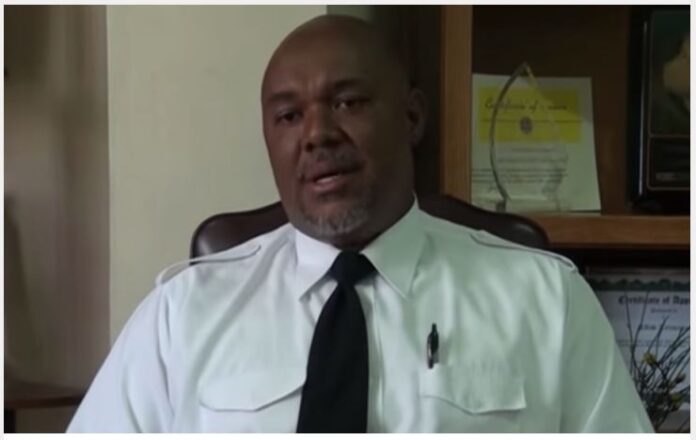 Barbados TODAY: The LIAT pilots’ umbrella body has issued a strong response to this government’s decision to offer ex-gratia payments to those terminated Barbadian flyers who Bridgetown says should legally be paid their severance by Antigua and Barbuda where they paid severance fund contributions.

In a memorandum dated April 1, 2021 and circulated to its members, president of the Leeward Islands Airline Pilots Association (LIALPA) Patterson Thompson described the ex-gratia payments as falling short of what is due to the severed pilots.

In fact, Thompson accused Barbados and the three other LIAT shareholder governments of leaving the regional pilots in the cold.

During the Estimates debate two weeks ago, Attorney General Dale Marshall told Parliament that some of the terminated Barbadian employees who worked for LIAT that should have been paid by the Antiguan government, would shortly receive an ex-gratia pay, the details of which he promised would be made known to the public in a few days.

“We have determined that it would be appropriate to see how we can make some kind of payment ex-gratia, entirely on an ex-gratia basis, for those unfortunate souls who worked for LIAT, were contracted in Antigua, but who live here,” the Attorney General stressed as he responded to a call from Opposition Leader Bishop Joseph Atherley for an update on the plight of the employees.

“Other than a moral obligation…other than an obligation of a humanity basis, the government of Barbados… and I am speaking as AG…has no legal obligation to those individuals whatsoever,” he declared.

When Barbados TODAY contacted Marshall this afternoon he was in a meeting, and Minister of Tourism Lisa Cummins reported that she had no further information on the payout at this time.

But the LIALPA president is suggesting that Barbados and the other three major shareholder governments – Antigua and Barbuda, St Vincent and the Grenadines and Dominica – needed to do much more to ensure that all the pilots received the entitlements due to them.

“To be left in the cold by four governments who have used their power to find ways around the limited liability laws to keep an insolvent company operating, serving their purposes, and then hiding behind the same laws to avoid paying severance to the terminated workers, leaves an extremely bitter taste in our mouths…”

“From the governments’ responses, the offers of 50 per cent of the total entitlements or ex gratia payments fall short of the severance due to us,” Thompson declared.

“This is a classic case of using two sides of the coin; and all we ask is that our total severance and entitlements be paid, even if it is over a period of time…but that appears to be too much to reward the workers who have made several sacrifices and have worked hard to make the airline one of the safest in the skies.”

Thompson also observed that April 1, 2021 was one year since 77 pilots were temporarily terminated by LIAT 1974 Limited.

And he pointed out that in that period, more pilots met the same fate.

“These dismissals were all in contravention of the collective agreement between the association and the company. The initial unilateral extensions of the temporary terminations of the company and the further extensions by the Administrator were all against the collective agreement and the Antigua and Barbuda Labour Code. The argument that the pandemic created a force majeure cannot be denied, but should not be used as an excuse for not following the best practices of professional industrial conduct,” the LIALPA president stated.

Thompson also reported that an unproductive meeting was held with the Antigua and Barbuda government and the Administrator on the same anniversary date of the termination of the 77 pilots.

He said that while many questions were still unanswered, LIALPA had been assured that the government has replied to a letter from the union for additional information and that that correspondence was pending.

He ended his update to the members by urging them to remain as positive as possible in the dire circumstances, keep the faith and lookout for, and support each other.