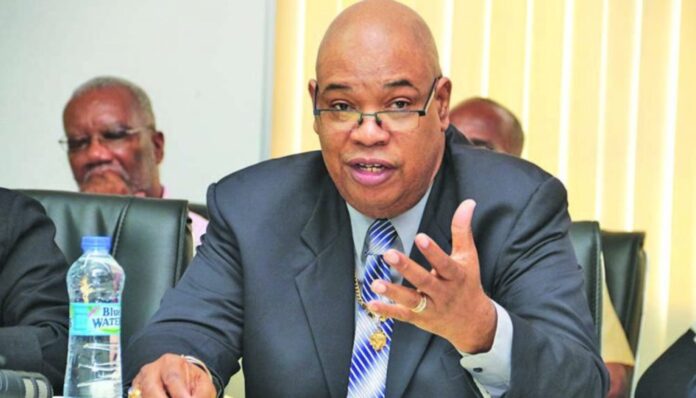 Regional airline LIAT, which has been beset by financial challenges forcing the shutdown of its operations, is seeking to return to Guyana and fly Guyanese passengers once again but the government first wants certain assurances that quality service will be provided this time.

With the COVID-19 pandemic forcing airports to shut last year as part of efforts to control the spread of the novel coronavirus, financially-challenged LIAT was forced to cease operations. Before the pandemic, the company was already suffering losses.

Minister of Public Works Juan Edghill, on Friday night, told reporters that the regional airline has applied to return to Guyana. The application process has been ongoing for some months now after LIAT recommenced commercial flights in November last year.

Edghill, however, noted that the airline will not receive the necessary aviation approval until the government is assured of the company’s steadfastness. When pressed on the requirements for permission, the Public Works Minister answered, “It has to do with the assurances that we can have.”

“… passengers don’t want to be buying tickets and be left with a stub in their hand and no carrier to bring them back or take them in,” Edghill stated.

He also noted that the government was not withholding permission in favour of interCaribbean airlines, another regional carrier that has just entered the Guyanese market. In fact, he stated that there is no “exclusivity” for anyone.

Meanwhile, Saheed Sulaman, the Director of Air Transport Management at the Guyana Civil Aviation Authority (GCAA) said the “ball is in LIAT’s court” with respect to the company gaining approval to recommence operations in Guyana.

When asked if LIAT’s return would be influenced by the company’s ability to refund passengers and repay its debt to local entities, Sulaman only said that such a decision would have to be taken by the government.

He, however, noted that entities and passengers have not been refunded as yet.

LIAT, as explained by Sulaman, is currently under administration; this means it is given protection from creditors who may be threatening legal action to recover outstanding debts.

Nevertheless, he said that passengers who are yet to be refunded have been encouraged to file their complaints with the local Consumer and Competition Affairs Committee. And, Sulaman noted that several passengers have already done so.