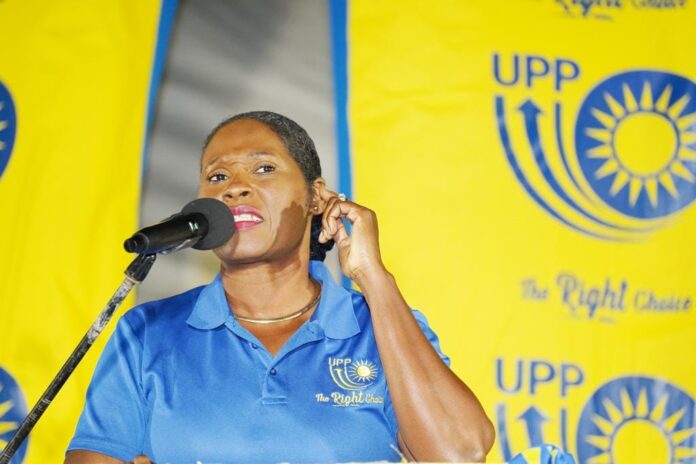 I have noted the effort by Hon. Trevor Walker to raise a sum of EC$70,000, to assist in funding his final appeal to London’s Privy Council, in yet another versions of the “land case”, having once again lost in the Eastern Caribbean Court of Appeal.

According to statements by Walker, the claimants have already raised EC$100,000 but need a further EC$70,000 to finance the appeal.

This took me back to the year 2018, and the holding of a referendum to determine whether the citizens of Antigua and Barbuda would support replacing the London Privy Council with the Caribbean Court of Justice. To our eternal shame, our citizens rejected the move and voted to remain with the Privy Council as the country’s final Appellate Court.

Needless to say, the opposition United Progressive Party (UPP) strongly opposed the move and its Leader Harold Lovell, himself a lawyer, who had supported such a move in the past, and perhaps unable to convince his supporters to support the change, instead hid behind a fig leaf. He “left it up to each of his followers”.

He, however, stood idly and silently by, while certain of his leadership colleagues campaigned heavily for aa “NO” vote, a total failure of leadership on his part.

One of the most vociferous and dishonest persons, campaigning for a “no” vote was Pearl Quinn Williams, who in her speeches deliberately misled opposition supporters and voters, even though it was crystal clear that the CCJ was clearly the easiest, best and most affordable option for the majority of the citizens as the cost of taking a case to the Privy Council can vary between EC$150,000 to EC$300,000 and more.

She did not tell her supporters that similar cases could be heard by the CCJ in Trinidad, not 8,000 miles away in London, for approximately EC$30,000.

She repeated this ad nauseam, and notwithstanding the patent stupidity in her contention, it was accepted as fact, by her mindless followers.

This brings me back to Hon. Trevor Walker’s appeal for a further EC$70,000 to complete his legal costs of EC$170,000., which clearly gives the lie to Quinn’s public dishonesty as to the cost of an Appeal to the Privy Council, which is a cost 95% of our population cannot afford.

What is even more egregious is that subsequently, in shooting off her mouth as she often does, Quinn admitted that her motive in opposing the move to the CCJ was really to “beat” the Prime Minister and to score political points, to assist her political campaign and get elected. It had nothing to do with what was right for the people of Antigua and Barbuda. She proudly claims to be the one most responsible for the failure of the referendum.

Of course, truth be told, there were others who should have known better, including a minority of lawyers, with some of seniority, who campaigned for the “no” vote.

Now that the MP for Barbuda, a political colleague of Quinn, and closely aligned to the UPP, has stated the legal cost of his appeal to the Privy Council is EC$170,000, will Pearl Quinn apologise to the citizens of Antigua and Barbuda? Is this really the type of person that this country needs to lead it? I think not.