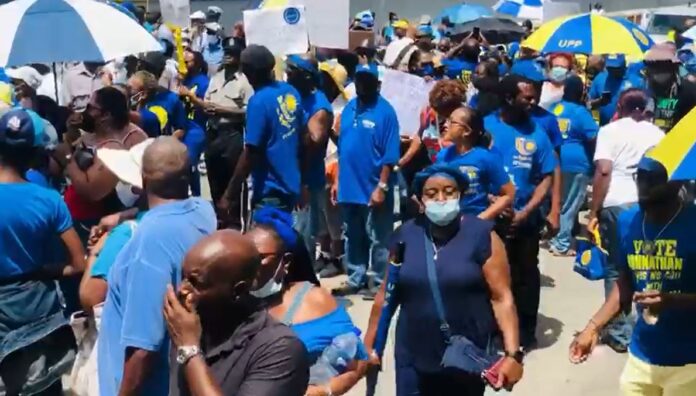 The UPP has a radio station. What is it used for? Why doesn’t the party use their own radio station to fight their campaign?

Why does all the candidates go on Observer every chance they get and have their station play music at that time?

Maybe if DNA had a radio station they would be in a better position than they are now.

Is anybody in UPP thinking? Serpent has his money to make so he wants all the candidates around him so people will listen to his radio station.

Knight just happy to have the candidates in the Pit with him.

Hanging out with Knight has nothing to do with their success and it’s all about him looking good and jumping up with excitement when he has them in there with him.

Why is the UPP so weird? They should be blasting political stuff on their radio station from morning till night. Why does the leader and the candidates go on Observer so much? Why do they have a station for? To read community news? What a bunch of jokers.

If not for Sasse and Zizi in the morning, Giselle cussing every Monday morning, potty mouth Crafe and Magic, what else is there? Tabor puts you to sleep. The woman with the Yanky accent talking about Fecks not fiction.  The rest of the daytime radio is music. Not good enough.

The Captain’s Corner could be better.

Between the leader and the secretary,  they think people will tune in just to hear them with their low energy talk? Most times very boring.

Lovell must show more excitement and get with it.

He has to rev up himself and take the fight to Gaston. Now is not the time to weight and bisect every word he says before saying it. And he has to stop sounding like a technician and start sounding like a politician.

He should be in the Senate.

Big mistake there. Take out one of them that isn’t running and get in there. He would get a much larger audience than his Thursday night fireside chat.

Please UPP. Wake up! Shake up yourself and get more ratid. Make Gaston show you some respect cause that’s not happening now.