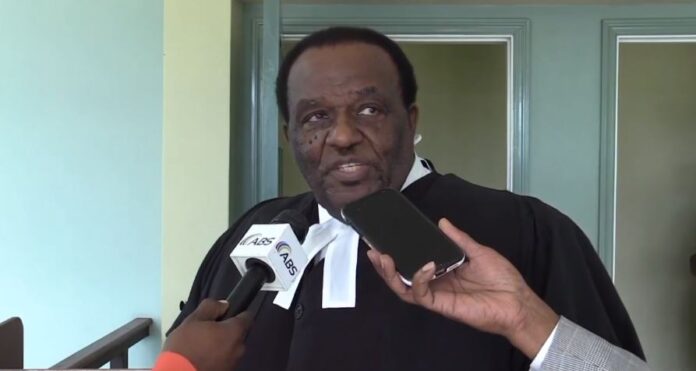 Cutie Benjamin has got to be the most incompetent Attorney General/Minister of Justice in the whole world. And nobody don’t tell me it is not him, it is the DPP.

But the DPP should also be fired.

Too many of these cases that appear to be politically motivated are being brought with no evidence.

They put Harry Josiah’s life on hold for 7 years, having to report to the Police Station, 3 times per week. And for what? No evidence.

The Court upheld a no case submission because no evidence of any worth could be provided. So how did the Police charge and how did the DPP’s office prosecute with no evidence?  This makes no sense.

Let us see if with a now acting DPP, this case will be appealed.

As a country we must be concerned about the Justice system in Antigua and indeed the OECS. How can a case with no evidence put a person’s life on hold for 7 years? Who will now compensate him for the pain and suffering? And while the Josiah case is high profile, there are many ordinary persons going through the same thing daily in this country. Justice delayed is justice denied as the old saying goes.

Some of the judges are inexperienced and afraid to make decisions and this also delays justice.

In this country we concentrate on red and blue but there are many other issues much more important that affect all of us.