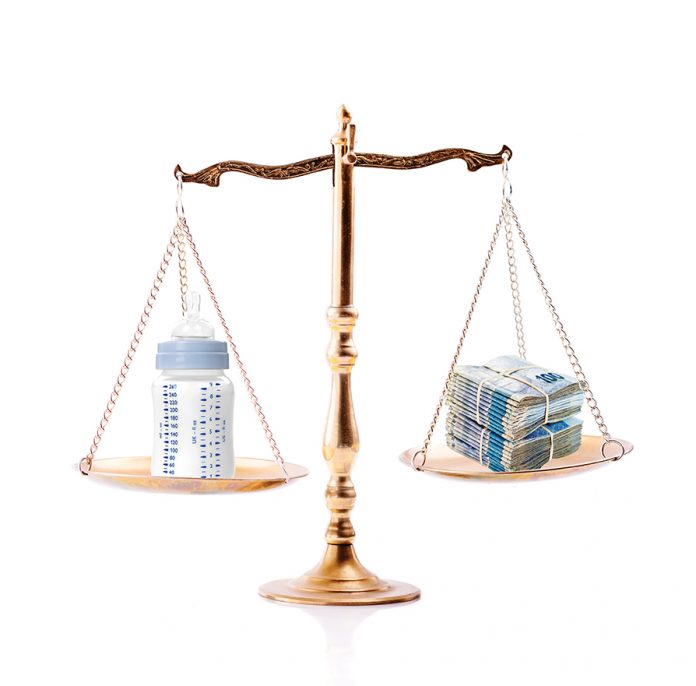 Good day. I am a step-mother to a now 16 year old girl and there are few things that I would like to air out today. I have been around my husband for years, long before we even got married and I have seen his unconditional love and undying support for his child. Although the child’s mother and my husband are no longer involved, he still makes his baby girl a PRIORITY in his life. He has paid child support for all the years of her life (as is his duty to do so), has also taken care of ALL other expenses i.e: weekly allowance for buying lunch and personal items, all school supplies and new clothes/shoes for school every single school year, food every single week, and the list goes on. His daughter also has a younger brother whose father can be a bit estranged at times and my husband makes sure that the little boy does not feel left out when taking food and other things to his daughter. There have even been times where we have had to babysit her son. He takes care of them both as if they are BOTH his. Now, do not get me wrong, taking care of your child is not something that one should seek recognition for; and this is not what this letter is about.

There were many times when my stepdaughter would call crying in the middle of the night because she’s hungry. The mother does not cook/cannot cook. She does not buy snacks for the kids. She does not spend the money given to her for the kids on the kids. The kids have complained that the fridge and cupboards are empty and they are hungry even when she gets enough to take care of those things. We have been trying to help her grow into a positive, independent young woman and so my husband made it his duty to teach her the basics of cooking whenever she comes over to visit because we both know that she is not going to learn that from her mother. However, when she goes back home to her mother, she is not allowed to cook in that house.

On the rare occasion that she actually buys groceries, the child is not allowed to touch anything in the fridge or cupboard because “aryou just a nyam out ma subben an dem”. On many occasions, we have had to get up in the middle of the night and make quick mac and cheese or something to take to her because she is hungry and cannot sleep. In trying to find solutions to the problem, we decided that in addition to everything else that we are providing, we would also contribute groceries and snacks specifically for his child. However, whatever we buy, her mother and her sister (who share the same household) use up everything and I mean everything. Within a matter of 3-4 days, she will be calling to tell us that an entire case of water is finished because everybody in the house uses it and does not replace what they use. Whatever we provide for the child is for her. My husband and I are not going to feed two grown working people. The only thing this “mother” keeps in her fridge is wine and sweet treats laden with marijuana to which the children have access. Now because she doesn’t cook or provide anything for the children to fend for themselves if they are home alone, my husband makes it his duty to buy something that they will enjoy every single Friday and on particular days during the week as well, whether it be pizza, burgers, whatever they ask for they get.

A few months ago, measures were put in place by the relevant authorities where they demanded that all school children of age be vaccinated against COVID-19 in order to return to classes. Now as expected, everyone had and still has their own opinions regarding vaccination and the virus and what they think should and should not be done. Now tell me why my husband received a call from school asking about the whereabouts of his daughter, as she has not been any of her classes for over a week? Well apparently, her mother proceeded to remove the child from school. Moreover, this was well before any of the changes regarding school attendance if unvaccinated were concrete. The little girl is about to take CXC and move into a new chapter of her life and she removed her from school without even discussing anything with her father.

Not only that, she also took the kids from the home where they were living and refused to tell anyone (including my husband and the child’s grandmother) where they were living. My husband would attempt to call his daughter and the mother would pick up and behave like a little pig over the phone or simply hang up. I guess she did not want the child to tell her father where they were living. She has completely restricted him from seeing or even speaking to his own child. He has been blocked across social media and, as I stated above, calling is futile.

To this day, this child has not gone back to school. School is a PRIORITY. We have reached out the teachers and other personnel within the Ministry of Education and still, nothing. The year has rolled over and still, nothing. We are simply being told that the ministry will handle it. But, when? Are they going to wait until she is 18 years old to try to get her back into school?

This system does nothing and I mean ABSOLUTELY NOTHING for the fathers out there who are trying their best. There are so many persons who grew up without a father or father figure in their life and here is this man making an effort to be a part of his daughter’s life and still cannot get any assistance from the institutions that are put in place to help and protect.

What would happen if the roles were reversed in this case? Society likes to degrade the fathers and call them deadbeat and run with the narrative and there are so many other persons out there in similar situations with no voice, who suffer in silence. This needs to stop. More needs to be done to help fathers. Mothers are not the only ones capable of being victims and many times they are the instigators to the foolishness. I am told that these little innocent children are the property of The State. Now you tell me, where is The State?

Advertise with the mоѕt vіѕіtеd nеwѕ ѕіtе іn Antigua!
We offer fully customizable and flexible digital marketing packages. Your content is delivered instantly to thousands of users in Antigua and abroad!
Contact us at antiguanewsroo[email protected]