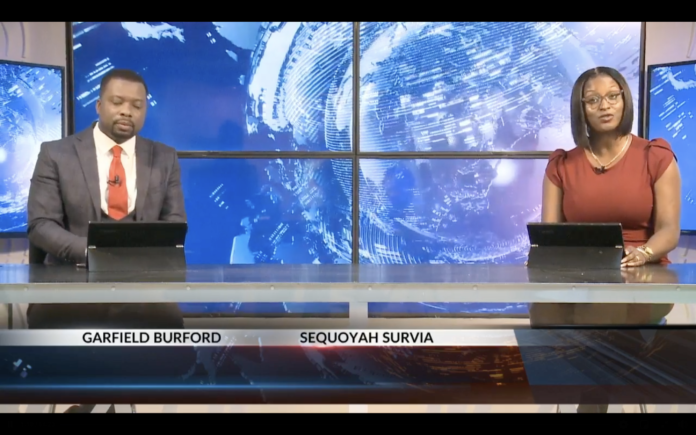 Dear Editor: ABS is a madhouse

So, ABS has a new reader yet again. I am aware that Andy Liburd has resigned but the new hire reminded me that Shermain Jeremy who became an overnight newswoman left ABS. I learned too that a woman who was on the morning show has left too. What happened to Yorie Taylor who was once on the morning show by the way?

ABS goes through people more quickly than politicians go through extramarital affairs. People who watch news- related content tend to form a bond with the people they see providing them with important details on current events but that can only be done through consistency. People have the right to resign from their jobs of course but I doubt ABS would witness the high turnover it has if its staff members were happy. I don’t know what needs to happen at that place for there to be a thorough investigation into what is really carrying on.

However, there are other issues with ABS which only functions marginally as a media house. Night after night, ABS seems to carry stories which swallow the words of government ministers hook, line and sinker.

I am not like Dane Knight who seems to become irate at the mention of the prime minister as I understand the current government will always be newsworthy. But news items at ABS feature the government endlessly without holding them accountable. Is there no event in Antigua that could benefit from investigative journalism?

However, I understand that there is much censorship going on there and reporters aren’t allowed to venture beyond the lines which confine them. When a story seems to need more depth, he presents himself as a specialist and rambles on and on about a topic repeating the same mundane details.

As a Caricom national with years of experience in journalism, I would have hoped he had more links.

Doesn’t he know Caribbean scholars who can provide perspectives that challenge Antiguans to think? Someone sent me a video of Burford in Jamaica recently and I was surprised because I could not imagine him pressuring Gaston Browne like he did Portia Simpson- Miller. This man barely asks ministers pertinent questions but I guess as they say here, “You dance with the person who invited you to the dance.” Burford does not seem too invested in Antigua because he does not go after the issues that matter.

Also, as a television station, ABS’s programming is lacking. It has news and what else? House Calls with Burford who the whole of Antigua is tired of seeing? I guess the Shermain Show won’t have a second season since Shermain has parted ways with ABS. I would also bet that majority of Antiguans can’t find ABS Radio on their dial. I cannot name a single show that airs on its radio station.

Once, Melford Nicholas said ABS would move towards generating more revenue. As one of the only stations in Antigua, it should have been raking in millions in advertising revenue so that in pre- COVID times, the governor general would have more to say in his throne speech about ABS other than how many Facebook followers it has. It’s obvious that many aspects of the station are failing and there are many people at ABS who do not have the slightest clue what they’re doing.

Over the weekend, an ABS employee was all over social media and I have always wondered what exactly this person does at ABS? However, the person is said to be an ABLP diehard supporter and there seems to be many more who are only employed at the mercy of a minister. It’s time enough that ABS does a thorough cleanout, starting at the top and get qualified people.

I know there’s a first time for everything and there are some who will need a place to gain experience but ABS seems like a place where the blind is leading the blind and without vision the people perish.