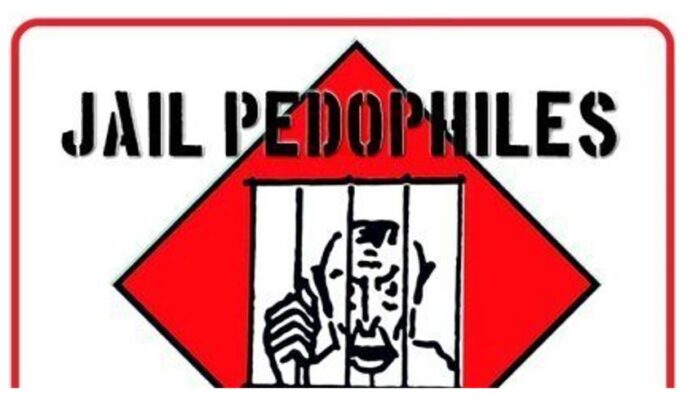 I am forced to pen this letter because as we are now approaching our general elections, it is extremely mind boggling as to why one of our main political parties have on their front line, men who are  characterized as pedophiles. CLICK HERE TO JOIN OUR WHATSAPP GROUP.

Interestingly, the voices of these pedophiles  are now heard  frequently on our radio talk shows, from which they use as a platform to try and convince the masses, which political party is best to align themselves with.

Of course, I certainly agree, that similar to any other resident or citizen of this country, pedophiles do have a constitutional right  to lend support to the political party they have preference for or the party they have allegiance to.

In addition, I will also accept that as a resident & perhaps as a citizen by birth, descent or otherwise, that pedophiles also have a right to make a contribution as they see it fit to any national or political debate.

However, although I am always of the view that these perpetrators deserve a second chance in life to redeem themselves, I think we, the public at large should not take for granted as to who they are and the serious nature of the crime they have committed.

Furthermore, I think that the public should demand from these pedophiles, a public apology  be made to the offended child without them being identified, to the parents and to the nation before any credence is given to what they say or do on our national radio, TV or any national or political platform.

For me, to welcome them into our political or national debates without having them showing  any remorse to the victims & our society, certainly sets a bad presedence. Hence, whatever they advocate through the national media should not have any merit.
We all should know that pedophiles do not only violate the physical, virgin fabric of a child but they also destroy for life,  the mental & psychological state of that child.

Pedophilia is a criminal act; it is an act of immorality and there is no more a cruel, perverted, and loathsome sin, than children’s molestation. So then, this leads to ask, where are the voices of the Christian Council in all of this?

Pedophiles usually bring shame & disgrace on themselves, their immediate families and by extension to their very own biological children thus causing them at most times, to withdraw from society.

As adults, and moreso as men & fathers, we need to be more responsible and be protectors & not molesters of our children. We should be leaders & not violators.  We should be role models & not be seen as criminals.

It is extremely deplorable to say the least, that our political parties who are vying to govern condone these persons on their frontline as they combat against their political opponents. Definitely, it does not speak well of the party’s leadership.

I will certainly say that I am not pointing fingers at any particular person or party but according to brother Bob Marley,  in one of his songs he wrote, If the cap fits you then wear it.