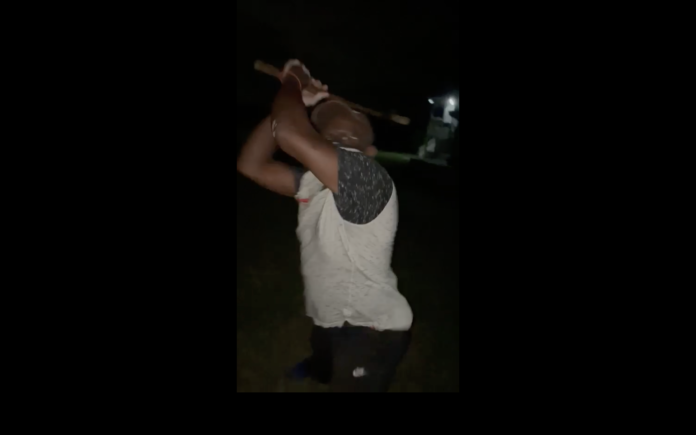 Let us not lose sight of a burning issue on the heels of the election.

The American University of Antigua, located on Jabberwock Road, a private international medical school founded in 2004 by Mr. Neal Simon, is well known for churning out Doctors who come to the island from all over the world.

These students contribute in many aspects to our local economy through this educational tourism. Most students feel safe as they have coexisted amongst us and give good reviews of their experiences while studying at the University.

Even so, the brutal beating of Mahesh Indraganti is recalled by a taxi man, Nicholas Andrew from Clarehall, in February 2022, allegedly overpaying a taxi fare.

Since the first booking in the Magistrates’ Court in St Johns, the public has heard nothing on the process or outcome of this criminal matter.

More recently, the traumatic accident which took place a few hours before daybreak on 24th October 2022 involving the death of 19 year old, Kenneth Mathew and serious bodily injury to 21-year-old Priyanjana Dass, who also attended AUA, was carelessly bulldozed by the husband of a local magistrate.

It is a well-known fact that the driver did not remain at the scene of the accident but returned sometime after with his lawyer.

When medical assistance arrived at the students, the driver was nowhere to be seen.

This is why many lost empathy toward him.

It is pretty baffling that he was not charged with leaving the scene. In any event, this is considered a red flag and a miscarriage of justice at its best.

It’s been said the driver drove off at high speed en route to his home and was partying with his lodge colleagues at a few bars and clubs before the accident. He is also known to have an active nightlife and is most often spotted drinking alcoholic beverages.

The families and friends of the accident victims must suffer colossal grief, anguish, anger, and hopelessness.

The aftermath of the accident caused some AUA students to protest for justice for their schoolmates and their families.

The tense atmosphere at AUA is slowly easing, and the students and staff are still struggling with the tragic end of the school year.

Let us keep these innocent young people and their families in our prayers. Rest in Peace, Kenneth Mathew; your family will never get to call you Doctor.

Let us keep the fire burning for justice. Let us keep our eyes on the progress and outcome of this court matter. Let us hope that the separation of powers doctrine proves effective in Antigua and Barbuda.

The world is watching