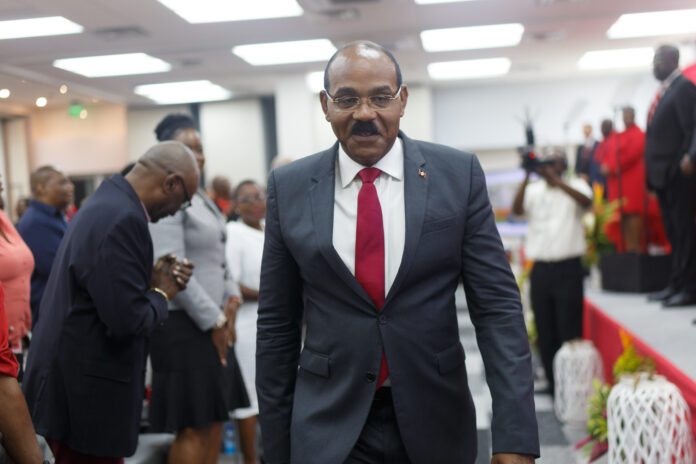 Recently, I decided to carry out a postmortem concerning the performance of the Gaston Browne’s administration for the years they have been in office. Of course, I took into consideration the two years that the pandemic seriously impacted the world including our little twin island state.

According to my findings, the Gaston Browne’s administration definitely has some flaws.  However, it seems to me that the positives of the administration outweighs its negatives. I can only assume that it is for that reason why most of our esteem calypso monarchs are giving the Labour Party their endorsement.

Unlike UPP, who I think has a group of inexperienced,  uneducated & inept individuals & a poor track record that shows that they ran this economy into a failed state, the ABLP,  comprises of a team of youth, maturity, experience and intelligence that creates a synergy among its members & a catalyst that is propelling them to take the country to next level.

Clearly, in all sectors of the economy there’s growth & development causing the country to move forward in leaps & bounds.

I am sure many will join with me to reward Prime Minister Browne & his team with their vote on election day for their great works of transforming the economic landscape into a paradise and now preparing a blueprint to take the economy to a higher level.

So far under PM Browne & his administration,

1. In sports our young talented athletes have become the national ambassadors.  Yasco has been upgraded and has now become an international certified track. Community fields have been renovated with new infrastructure

2. In education the state of the art Sir Novel Richard’s Secondary School & the university of WI 5 Island campus have been constructed thus making university education cheaper & available to all.
There’s  the 2nd chance program including the Harrison’s vocational program which has empowered many early school leavers & technical minded individuals. Students & teachers have been equipped with modern laptops. Scholarships have been granted to over 1500 students.

3. Our main road networks are now looking & feeling like runways .

4. The Covid epidemic was superbly managed preventing hundreds of fatalities and the lost of jobs in the public sector.

5 Our health system is on par with some international hospitals. Persons no longer have to go overseas for dialysis & other health care services. Laparoscopic surgeries are offered now thus making surgeries less painful & prone to infections.

6. In Tourism vendors, taxis & bus drivers  & other sectors of the country are enjoying the benefits from thousands upon thousands of visitors during the season

7. Barbudans can now own lands and use it as collateral for their personal development. The island is now becoming a breadbasket for our economy & a paradise to attract the rich & the famous

8. Farmers are provided with concessions on lands, machineries, utilities, security cameras etc which they had never received before. They are also provided with a platform to have their products marketed.

9. The poor, the elderly and the disabled are greatly looked after from effective welfare programs.  Pensioners are even now getting paid on time and are up to date with their benefits.

10. Antiguans are made proud & getting global recognition on the international stage from the great representation of our PM. He has become a head corner stone within the region.

11. The jobs for employees from the Banks, LIAT & Jolly Beach are treated with dignity & respect.

12. The country’s water supply has improved from the installation of more RO plants

13. Every household in the country now owns a descent vehicle / transportation

14 The housing stock has increased making way for the common person to own & live in a decent home.

15. Nonnationals are treated with dignity & respect and allowed to be integrated into society without any prejudice.

Certainly with Gaston Browne in the cockpit & his crew working along with him, ACTION WILL SPEAK LOUDER THAN WORDS.