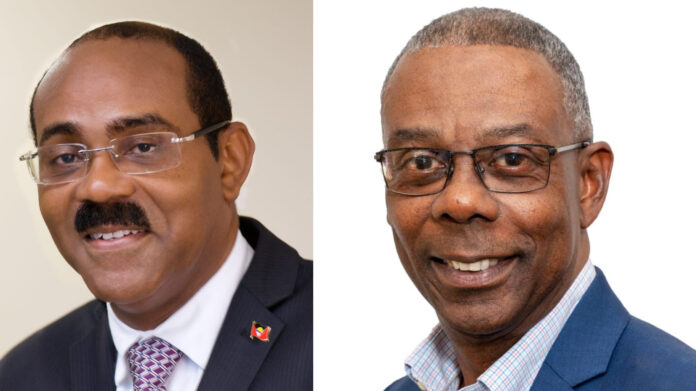 Throughout life’s journey, we tend to make  decisions that we think best suits our  curiosity. Then later on, we experience regrets based on the outcome of that decision and then disapppointingly say to ourselves, ”  if I had known……”

From my personal experience, I have learnt to treasure those persons who I have around me because in reality we tend not to know the true value of a person until they are no longer with us. As the old saying goes ” you never miss the water until the well runs dry.

Now, as we get closer to the date of our general elections, I am sure that ” Good Leadership ” is a component that is now resonating in the minds of most us. Hence, the two popular persons, Gaston Browne & Harold Lovell, who are vying for political supremacy, are now being tossed up in our thoughts. Ofcourse, the question is asked which one of the two will be the best choice to be our nation’s leader?

Regretably, we have seen & heard that some leaders in other countries are ousted out office because their mandate of good leadership are no longer met. Recently, Boris Johnson of the UK  experience such fate & likewise Keith Mitchell of Grenada.

Now let’s zoom in and see what Harold & Gaston has to offer.

Harold Lovell is highly qualified. He is liked by many and he connects well with the people. In addition, he is a very good communicator , very charismatic, very well attired and he certainly portrays an image of a true statesman. However, as a professional, does his past track record speak well of him?

According to reports, as an attorney, Mr. Lovell has not made a reputable name for himself.  The several losses at the polls is indicative that he has failed his constituents. His political colleagues, see him as a back stabber .  As a finance minister he has made some terrible decisions, resulting to the mismanagement of the country’s finances.

Clearly, it is obvious that for this election Harold may be seen as a donkey in a horse race. It is evident that his track record does not seem to be matching up to his opponent.

Under Lovell’s watch the country’s finances began depleting rapidly from the treasury. Persons began losing jobs. Others began exiting the public system & seeking employment within the private sector. The education system, utilities & the national security sector began deteriorating. The national debt spiked immediately. The IMF program had citizens & residents crippled. Mr. Lovell and Mr. Spencer was just not astute enough to take the nation out of such turbulence.

Gaston Browne on the other hand, seems to be a person who is not liked by many. He is not as neatly attired as Mr. Lovell, neither is he as charismatic as him also. Infact, I will agree that Mr. Browne gets a bit abrasive unnecessarily and may react to criticisms a bit too hastily. However, on the flip side, as a leader & as a professional, his track record speaks extremely positively for him.

Throughout his academic pursuits, he has been very successful. In his private life he has been an adorable husband. As a manager in the banking sector, he has been highly respected. As a young entrepreneur he has accomplished quite a alot. His political resumé exhibits as a politician, as constituency representative, as a finance minister and as a Prime Minister, that his leadership skills is making leaps and bounds, thus positively transforming the economic status of the country.

Interestingly, his regional & international counterparts have even taken pages from his political bio & used him as a case study to administer their own political affairs

It is evident that Gaston who is presently the nation’s leader is certainly fitting to continue his reign. The record shows that he has a vision & a fortitude to propel this country forward,  & to transform it from a third world country to a first world country within this Caribbean hemisphere. Unemployment is now low. Housing & private transportation is on the rise. Persons are more self reliant due to tertiary education & entrepreneurship is now the order of day.

There is no doubt the best choice for the nation’s leadership will be Gaston Browne accompanied by his ABLP administration to keep this beautiful nation a float.