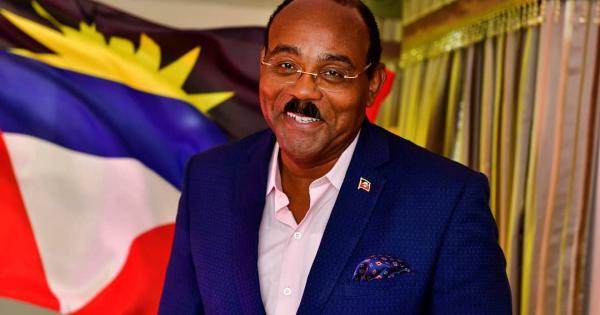 Nothing great is ever achieved by men who fail to dream big and are incapable of inspiring others to believe in something that, at times, they can barely shape with their imaginations. Very few, if any, would dare to say that Prime Minister Gaston Browne is not such a man. Far from intending to flatter, some describe him as brash, bold and at times border-line crazy yet others see those same attributes and identify them as unrelenting courage, tenacity and passion with a laser focus on making the world a more prosperous place for others who cannot reach the summit of life’s mountain alone. No matter how you choose to characterize him, the one thing that we will all agree on is that he is fearless in battle. He is not daunted by the size of the opponent nor the fierceness of the battle. In fact, they only seem to imbue him with commitment and purpose.

When Prime Minister Gaston Browne announced to the world back in 2019 that the government of Antigua and Barbuda would not be granting a vesting order to allow any foreign bank to purchase the operations of the Bank of Nova Scotia in Antigua and Barbuda many thought that this was nothing short of lunacy. Many so-called banking experts and former bankers crawled out of the woodwork to condemn the Prime Minister’s bold stance with the global spotlight on him. Some of the very same experts back in 2008 and 2009 said that we would not be affected by the subprime housing crisis in the United Stated, along with many other premonitions that failed to materialize. They appeared as experts on politically clever radio programmes where they disseminated their lectures built on failed careers and inability to lead anything of note into a slight headwind of success. They pontificated all the reasons of politics, law, economics and our size why this just could not happen and why we should save our strength for something more realistic and winnable, within the realm of their limited ability to dream big. They even cited the Treaty of Chaguaramas and how it provided the rights of establishment of companies from other member states.

Although we might be tempted to ridicule or chastise the so-called experts by suggesting that their attempts to discredit the efforts of the Prime Minister were nothing short of a veiled effort to mislead the people of Antigua and Barbuda because they had no vision or could lead the charge, the fact is simply this, most of them truly know no better. They have never fought for anything so consequential nor are they capable of seeing our place in time as we write our own history. Some of the things that were prognosticated by the naysayers are unsurprising when you consider their propensity for cowardice and an unwillingness to fight for the people that they claim to be representing, especially those who aspire to lead Antigua and Barbuda.

On 1st September, 2021 an amazing and historic event took place in Antigua and Barbuda. What many generations of us grew up knowing as the Bank of Nova Scotia in Antigua was no more. The Eastern Caribbean Amalgamated Bank (ECAB) logo and sign now adorn the side of the building at the corner of Market and High Street immediately west of where another former Canadian bank stood, now bearing the name ACB Caribbean. This is not simply about defining the legacy of Prime Minister Gaston Browne and the Antigua and Barbuda Labour Party; this is far more. The Party has a rich legacy of planting the pillars on which our development stands and today it continues to set and surpass expectations for the people of this fair land. Each citizen and anyone who calls here home should be proud.

What has been appalling since this transition from Scotia Bank to ECAB is how the ECAB General Manager could not bring himself to thank the government for leading what appeared to be almost an unwinnable fight against a giant which created the pathway to acquiring the operations of the Bank of Nova Scotia in Antigua. This was no gift to the country and it did not come easily. The government locked horns and even went as far as the Parliament to make its position even more pellucid in law. Even as the debate raged on no consortium ever stepped up to the plate, but the government insisted that our bank, managed by our people, with our assets, could do the job and acquire the bank. Despite the efforts of the Bank of Nova to send representatives from their headquarters to convince the government to relent and allow another bank within CARICOM to purchase the bank, Prime Minster Browne and his team stood strong and firm in the interest of all. Some say defiant, others say determined, but whatever you choose to call it the result is that ECAB is one of the largest banks in the sub-region today. The way was paved in gold for ECAB to acquire the operations of the Bank of Nova Scotia but you may be led to believe that the management of the bank was somehow so skillful or involved in bringing this moment into history. In the words of King Smarty Jr. “give credit where credit is due: if you nah earn it, it nah belong to you!”