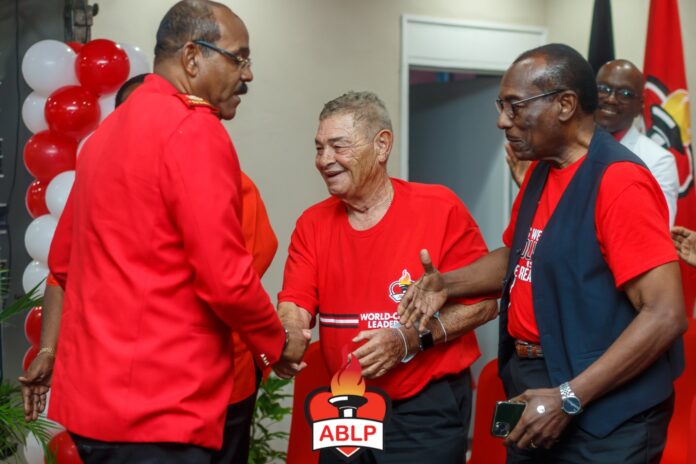 I am writing to you to express my disgust about the behavior of our Prime Minister and his disgust for the suffering people of this fair land we call Antigua.

First the government was quick to raise the price for gasoline and diesel at the pump when the price for a barrel of Oil when it went over $100 on the world market.

Also, when the price of oil went down to the point the oil companies were selling off the government here kept it at $12.50. Now for a while the price for a barrel of oil has been under $100 and you mean to tell me this careless, heartless and wicked government could not ease the squeeze on poor people pockets by reducing the price at the pump.

There is a strong rumor the reason this wicked government cannot reduce the price at the pump is because they have a shortfall in revenue and they need these extra monies to pay salaries and wages of civil servants. Only time will tell if this is true.

Second, I cannot believe this government is so deceitful to tell the people of this island that the government has had a hiring freeze when this is not so.

Customs just hired 20 persons when it was to be 50 persons initially, the Immigration hired 45 persons with nationals and non-nationals in the mix, APUA hires every single day once your finish High School and lives in Sir Robin Yearwood’s constituency you will get a job easily.

The Airport and Seaports has been hiring 20 persons respectively etc… I could go on and on but I will leave that one right there.

It seems like you can only work in the government if you have a relationship with government minister or you know the elites.

Third, what happen to the eBooks scandal? Land swapping? Is it true Sir Robin Yearwood’s owns lands opposite Hammock Cove and he got it for $1 per square foot? Why are CCEC trucks on the Prime Ministers farm supplying material when they should be at the Port working to finish the Port?

Where are all the projects this government promised the people of Antigua and Barbuda? What happened to YIDA and The Waldorf Astoria Hotels? Is the WIOC project which included a mall and a Business Park still on? What happened to the underwater hotel? Up to now we have not heard from the PM a plan on how he plans to revitalize the economy especially those 1000 businesses that went under due to Covid? What is the plan for this government to fix the utterly failing Social Security which was destroyed by the both Political parties? Is a new prison still on the cards? Why is the road project on Anchorage road at a standstill for so long? Is it true the government is out of money for that project? Is it true you plan to delay the elections Mr. PM? What happened to Dulcina hotel? What did the government do with the nearly 2 billion dollars collected from the CIP?

Finally, Mr. Wickham is trying to make the upcoming elections about the availability of Water to everyone in the country. Can I remind him there are thousands of persons who are not working and loss their jobs because his Prime Minister placed harsh Covid jab mandates, vaxx or lose your job.

The roads are also in dire needs to repair especially All Saints Road, village Roads and Parham back roads.

Inflation is also rampant squeezing poor people’s pockets, and never the in history of this country I have seen more sellers than buyers. Said all this to say things are really dire in this country right now and it’s not just water along people need.

If your confident of a landslide Mr. Prime Minister, why have you not called the election date? Will the bribe money and jobs do the talking?